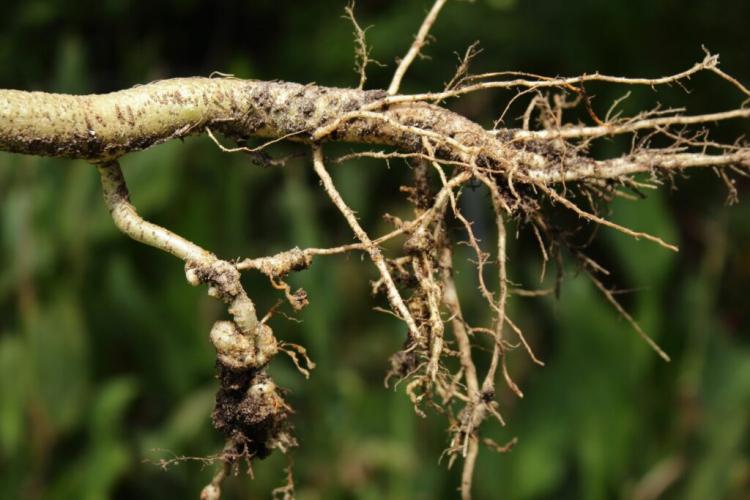 Some nematodes harm plants , while others are useful against plant pests. We show how harmful nematodes can be controlled.

The nematodes, also known as roundworms, are extremely problematic pests, both for the hobby gardener and for the farmer. While in the past it was still allowed to control nematodes living in the soil with very environmentally harmful nematicides, control with the chemical club is now forbidden. Of course, after this ban, the nematodes have not disappeared, which is why new, biological methods must now be used and tested so that control of nematodes is still possible.

All relevant plant-damaging nematode species live in the soil and attack the roots of their host plants in different ways. What all species have in common is that they are microscopic and can occur in the millions in one cubic meter of earth. Some nematode species stay in the ground, prick root cells and feed on the exuding sap. On the other hand, some other species penetrate the plant roots and form typical root galls or cysts. The formation of cysts is one of the major reasons nematodes are difficult to control. In these cysts, the roundworms are well protected and can survive for around 20 years without food.

Most nematodes are tiny and only visible with a microscope [Photo: thecloudysunny / Shutterstock.com]

In addition to their tenacity, the different nematode species are also able to attack almost any of our tasty garden plants. Whether carrots, celery, peas, spinach, cucumber, tomatoes or potatoes – the list could be extended to any length. In principle, no plant is safe from the eel-like pests. As you will see in the following, however, there are definitely plants that have developed defense mechanisms against the root-damaging nematodes in the course of evolution.

A nematode infestation is not that easy to recognize. While the typical galls and cysts can be easily identified by digging up the roots, symptoms caused by other nematode species are difficult to assign. So that you can quickly see whether there is an infestation in your garden, we have summarized the most important symptoms that speak for a nematode infestation:

The two potato cyst nematodes Globodera rostochiensis and Globodera pallida cause major problems in potato cultivation. An infestation can easily be recognized by the small, white-yellowish, pin-sized cysts on the potato roots. Decreased growth, small leaves and increased formation of side shoots are typical of infected potatoes. Overall, the symptoms lead to severe yield losses. In addition to the potato, the two nematode species also attack other nightshade plants such as eggplant, tomato and nightshade weeds. Even if the nematode cysts can survive in the soil for about 20 years, a break of 4 years is sufficient to starve a large part of the nematodes. No nightshade plants other than potatoes should be grown on the bed during the break. There are also other practical ways in which the nematodes in the soil can be combated:

Unfortunately, tomato roots are also one of the favorite foods of the nematodes. In contrast to the potato, tomatoes are preferentially attacked by gall-forming nematodes such as Meloidogyne hapla and Meloidogyne arenaria . Above-ground symptoms are often not properly recognized in tomatoes. However, if the yield from your tomato plants declines year after year and the tomatoes are grown in the same place, gall nematodes may be responsible. Unfortunately, one of the tomato roots has to be dug up to check. The galls are located directly on the roots and appear like small (2 to 4 mm) ulcers. Unfortunately, only consistent crop rotation helps against the nematode species M. hapla , which occurs frequently in the field. Cultivation of maize for 2 to 3 years is recommended for control. Maize does not serve as food for the nematodes, which is why they are consequently starved by growing it. However, many other vegetable plants such as carrots, leeks and celery are host plants and may therefore not be grown on the same area.

The galls are located directly at the root and resemble small ulcers [Photo: AJCespedes / Shutterstock.com]

On the other hand, there are varieties that are resistant to heat-loving bile nematodes, which prefer to attack tomatoes in the greenhouse and under foil, for example:

And another piece of good news for lovers of other types of tomato: With the Vigomax underlay, you can in principle make all types of tomatoes resistant to the heat-loving biliary nematode. You can find more tips on pests on tomatoes here.

When combating nematodes, the focus is not on completely eliminating all pests. This goal is utopian and practically cannot be achieved with any control measures. Rather, it is about reducing the nematode population to such an extent that the small number of roundworms no longer causes any visible damage. In the next few years, new biological control measures that are currently being researched will very likely come onto the market. The main focus of science is on fungi, which catch the nematodes with microscopic lasso-like threads and then render them harmless or attack the eggs of the small roundworms.

Some fungi form microscopic lasso-like threads that they use to capture the nematodes and render them harmless [Photo: Whats in a name / Shutterstock.com]

Fight nematodes in the soil

Usually, nematodes can be controlled very effectively by starving them – but how does that work? In principle, it is only necessary to ensure that no host plants are available to feed the harmful roundworms on a bed infested with nematodes. Easier said than done, however. Since it is not possible to determine the individual nematode species in practice, it is usually difficult to choose the right crop rotation. Because the different species can attack a large number of plants and also use a wide range of plant species as hosts. So if you are not sure which type of nematode affects your plants, we recommend fallow land. With this biological control measure, the bed is kept free of plants for a longer period of time. This measure is particularly effective if you observe the following points:

Thermal control measures are also available for horticulture. Like all soil dwellers, nematodes are very sensitive to high temperatures. Using special steamers, the soil can be heated to such an extent that even deep-lying nematodes are effectively combated. However, this method is very expensive and unfortunately not practical for us hobby gardeners.

Our garden soil is invigorated by an almost innumerable number of microorganisms. In addition to their sheer mass, the biodiversity is almost inexhaustible. All of these soil organisms take on essential functions in the nutrient cycle. Plants are decomposed and the released nutrients can be reabsorbed by other plants. Microorganisms such as earthworms literally plow the entire soil and thus ensure good ventilation of the plant roots. If pesticides were used against nematodes in the soil on a large scale at this point, everyone can imagine what the consequences would be. The long-term damage to other organisms would be difficult to calculate, just like the risk of groundwater contamination.

In the past, nematodes were fought with, among other things, toxic gases that were discharged into the soil. However, these control measures also had considerable side effects on other organisms and in some cases even on humans. For this reason, the use of chemical pesticides, so-called nematicides, is generally prohibited across Germany.

As mentioned at the beginning, there are plants that form defense substances against nematodes and can thus fight them. One plant that has perfected this mechanism is marigold. The plants form so-called terthiophene, which have a toxic effect on nematodes. If a nematode gets to a Tagetes plant and wants to absorb the sap from the roots, it is killed by the toxins it contains. And it is precisely in this point that the limitation in the effectiveness of marigolds lies. Only nematode species that consider the Tagetes plant as a host plant and prick their root cells are controlled. For this reason, gall and cyst nematodes are almost never combated by marigolds. Free living roundworms from the genus Pratylenchus can be recorded all the better. These free-living nematodes like to attack vegetable plants such as carrots, celery, beans, lettuce, onions, peas and leeks and can become a major nuisance in the vegetable patch. A comprehensive interculture with marigolds is the best way to control large nematode accumulations. Proceed as follows:

This biological control method can reduce a nematode population by up to 90% in the long term, so it is an effective biological measure against free-living nematodes such as Pratylenchus.

Nematodes can do much more than just harm your plants: some of the nematode species also fight other pests. Here you will find all information about the use of nematodes as beneficial insects in the garden. 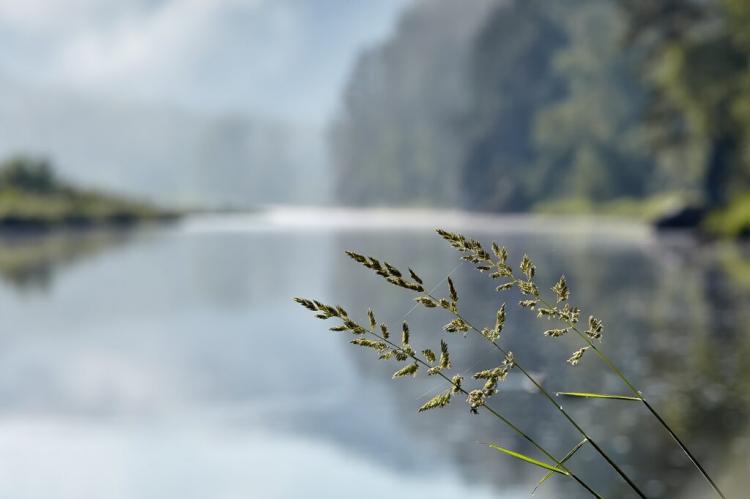 Poa trivialis , also known as bluegrass, is often part of lawn seed mixes. We show what makes bluegrass so special and how it can be used in the garden. Common bluegrass is also suitable for shady gardens [Photo: Grigvovan / Shutterstock.com] As an extremely shade-tolerant and also fast-growing species, the common bluegrass ( Poa… 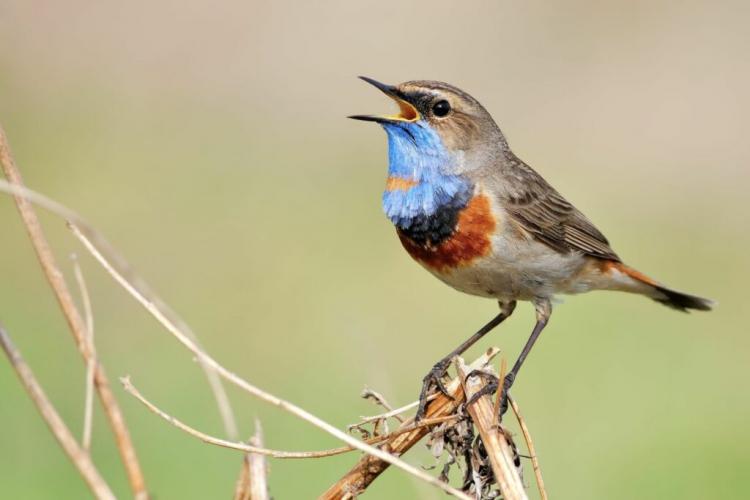 Vogelgesang is an acoustic masterpiece. But why do birds actually sing? And why do some birds chirp in the morning, others in the evening or at night? We clarify the reasons in this article. Bluethroat are one of the classic songbirds [Photo: AlekseyKarpenko / Shutterstock.com] What can bring more joy than a polyphonic bird concert… 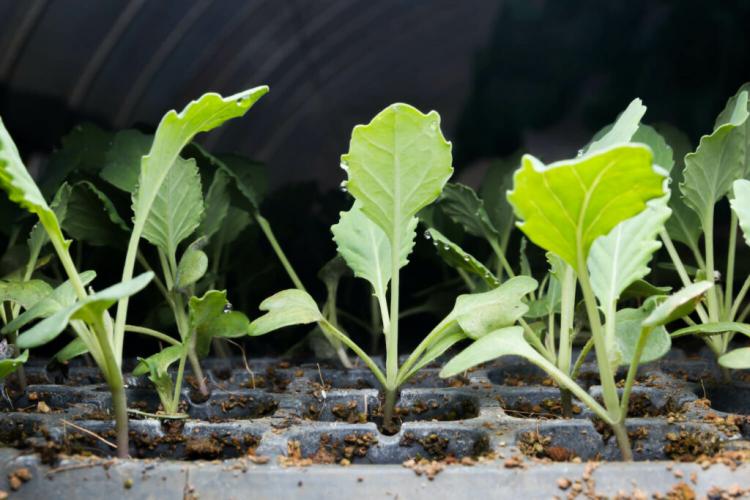 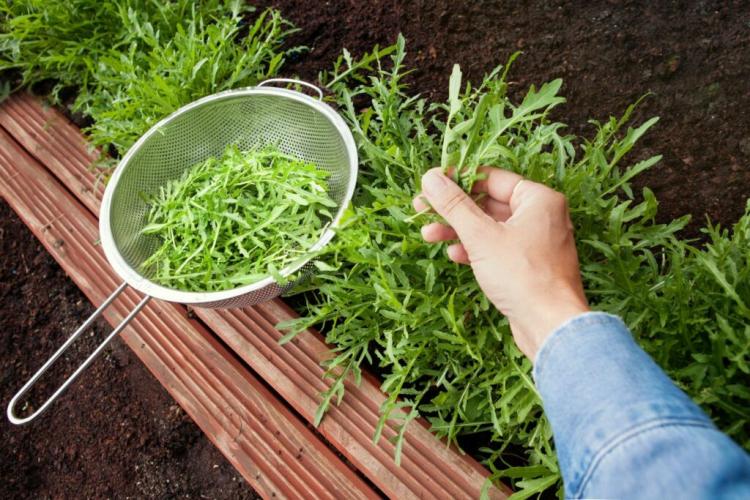 Rocket varieties: An overview of new and well-tried varieties of wild rocket and rocket. We show the best and most productive varieties. Rocket from your own garden [Photo: NinaMalyna / Shutterstock.com] The numerous types of rocket differ mainly in their appearance, size, origin and harvest time. When buying seeds, one should pay attention to the… 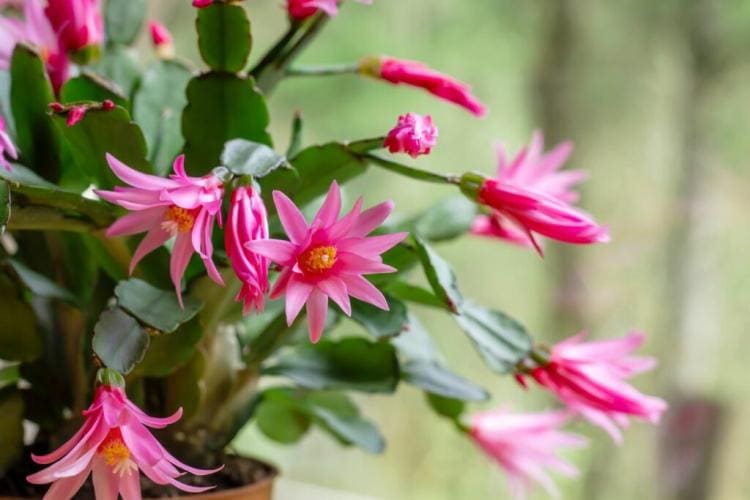 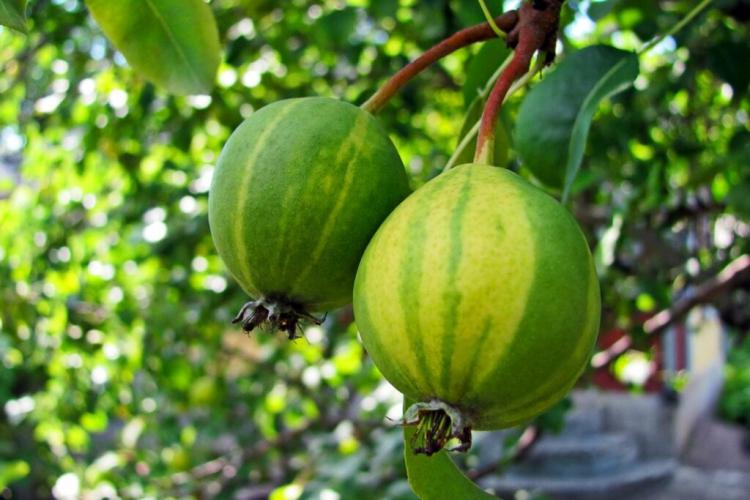 The pear variety 'Schweizerhose' is often referred to as a fan variety. We'll tell you the reason for this and what you can do with this special pear. The stripes on the shell of the 'Schweizerhose' are clearly visible [Photo: MarinaNov / Shutterstock.com] The first thing you notice about the pear 'Schweizerhose' is its striped…