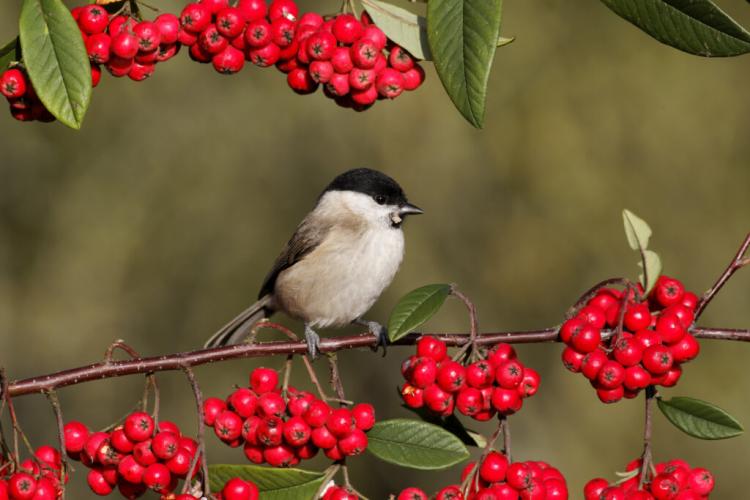 How do you correctly identify a swamp tit? How do you distinguish them from the willow tit and what does their song sound like? We answer these and other exciting questions in the profile.

The marsh tit is a native songbird [Photo: Erni / Shutterstock.com]

The swamp tit (Poecile palustris ), also known as the nun's tit, is a species of songbird that is native to Central Europe and is quite widespread. Although not as common as its well-known relatives, the great tit and blue tit, it can still be seen in a wide variety of habitats and even in parks and gardens. How to identify a swamp titmouse with certainty and differentiate it from other species, when and where the little titmouse breeds and how you can support the native bird in your garden, you can find out here in our large species portrait.

This is how you recognize the swamp tit

The swamp tit is slightly smaller than a great tit and has an inconspicuous brownish color on the back and elytra. The belly is a little lighter and white cheeks adorn the face, which are in stark contrast to a glossy black cap that extends to the eyes. The marsh tit also has a small black throat spot to match.

The swamp tit is easy to recognize by its black cap and small throat patch [Photo: Arnau Soler / Shutterstock.com]

Male and female swamp tits, as well as adult juveniles, are difficult to distinguish from one another by appearance.

What is the difference between the swamp tit and the willow tit?

The much less common willow tit looks confusingly similar to the swamp tit. The best way to distinguish the two species is by their species-specific song. There are also some distinguishing features from a purely visual point of view – but these are not always easy to recognize. This includes, on the one hand, the black cap, which is matt and not quite as intensely black in the willow tit, and on the other hand the throat spot, which is often slightly larger in the willow tit than in the marsh tit. In addition, the wing covers of the willow tit are decorated with a bright arm-wing field, which is not available in the swamp tit.

You can listen to the marsh tit singing here:

In addition to singing, the marsh tit also has a number of other bird calls. The most characteristic is a sharp “Pi-tcha!”, Which is used by the males as a territorial marker outside of the breeding season.

Marsh tit females lay dull, dirty white eggs with brownish-red flecks. The clutch usually consists of seven to nine eggs, which are laid on a base made of moss, animal hair and feathers.

Which habitat does the nun tit?

Contrary to what its name suggests, the swamp tit does not live in the swamp. Instead, she prefers deciduous and mixed forests with a lot of old trees and undergrowth. The swamp tit is also found in urban parks, cemeteries or gardens with old trees.

Where does she build her nest?

Like most tits, the swamp tit is also a cave breeder. She uses natural tree hollows in old trees, such as knotholes or old woodpecker holes, which she then expands according to her needs. The cave is laid out with soft nesting material and is usually several meters high.

When do the swamp tits breed?

Marsh tits breed between April and May. The eggs are incubated for around 12 to 15 days and the young birds are fed and cared for in the nest for another two to three weeks after hatching. Then the little ones make their first attempts at flight and finally leave the nest. However, even after this point in time, they will be provided with food by their parents for another two weeks. It is not uncommon for swamp tits to have a second brood in the same year after the first successful young rearing.

Where does the swamp tit spend the winter?

Marsh tits are resident birds and can therefore be observed here all year round. They are very faithful to their location and never move further than a few kilometers from their breeding grounds. Even the young birds, which have to find their own territory next spring, do not migrate far and often settle in the immediate vicinity of their place of birth.

The little tits can also be seen here in winter [Photo: adamikarl / Shutterstock.com]

Support the marsh tit in the garden: This is how it works

With the increasing loss of natural habitat, for example old deciduous and mixed forests, marsh tits are increasingly found in close proximity to humans. Find out here how you can offer wild birds a welcome home in your own garden.

What does the nun tithe feed on?

Marsh tits have a very varied diet that changes with the seasons. In the spring and summer, the tits mainly hunt insects and other small animals. In the late year and winter, on the other hand, they use a large number of seeds and nuts. Every now and then berries and fruits are also consumed.

You can support the swamp tit, especially in the barren winter time, with high-energy seeds. Our Plantura sunflower seeds, for example, are ideally suited for species-appropriate wild bird feeding, which provides many garden birds with energy and an extra load of nutrients in winter.

Which nest boxes are suitable for swamp tits?

Classic full-cave nesting boxes, which are closed all around except for a small entrance hole, are suitable for swamp tits. The entrance hole itself should be between 26 and 28 mm. In our special article you can find out how you can easily build such a nest box yourself and what you should consider when choosing the material, the location and the cleaning.

How can you additionally support the nun tit?

Since marsh tits mainly eat insects in addition to seeds and nuts in summer, you can expand the natural diet of the songbirds by designing a natural garden. A meadow with native and insect-friendly flowers, for example, attracts numerous small garden visitors who not only come in handy for the birds, but also pollinate your fruit and vegetable plants. It is also advisable to avoid chemical sprays as much as possible. These can be dangerous not only for insects but also for birds and leave harmful substances in the soil.

Another species of tit that not everyone knows and that you can also specifically support with food and nesting aids in your garden is the tail tit. You can also get to know this native garden bird in our species portrait. 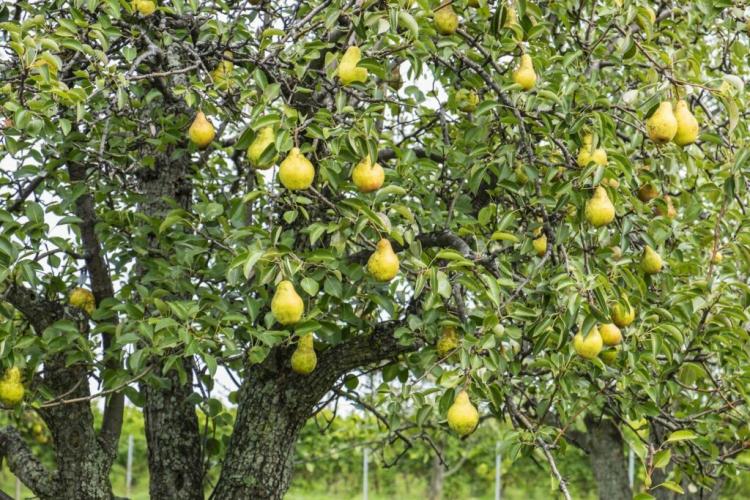 At first glance, the corn berry or honeyberry looks like a blueberry. So what is a honeyberry exactly? We'll tell you about the properties and special features of the little blue berry. The elongated honey berries stand out due to the special shape of their fruit [Photo: Nagaev / Shutterstock.com] You can often find Mayberries… 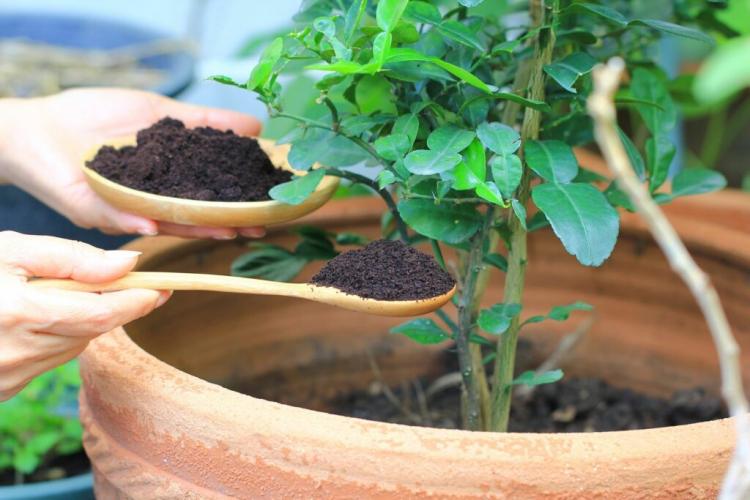 Coffee grounds are a popular home remedy for fertilizing orchids, roses and the like. We show why coffee is good for your plants and how to use it. Coffee grounds are an excellent fertilizer for many plants [Photo: Monthira / Shutterstock.com] Many of us don't really get going without our morning coffee. But have you… 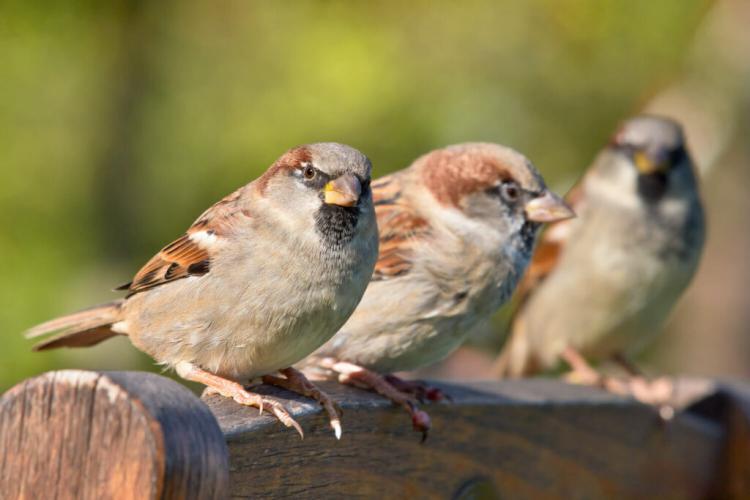 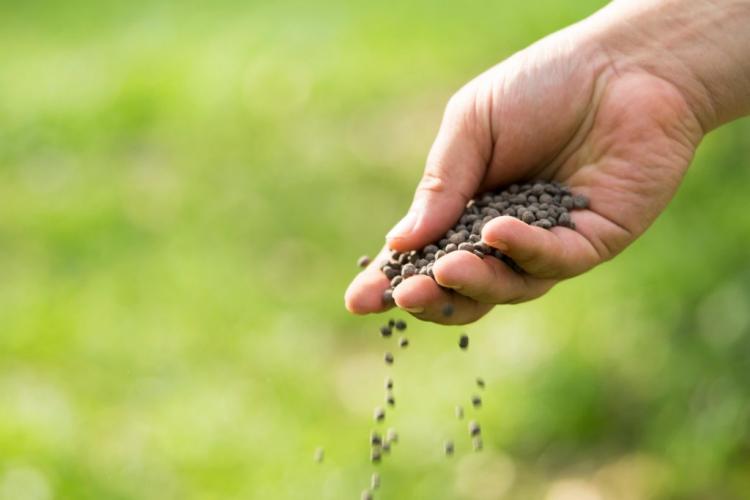