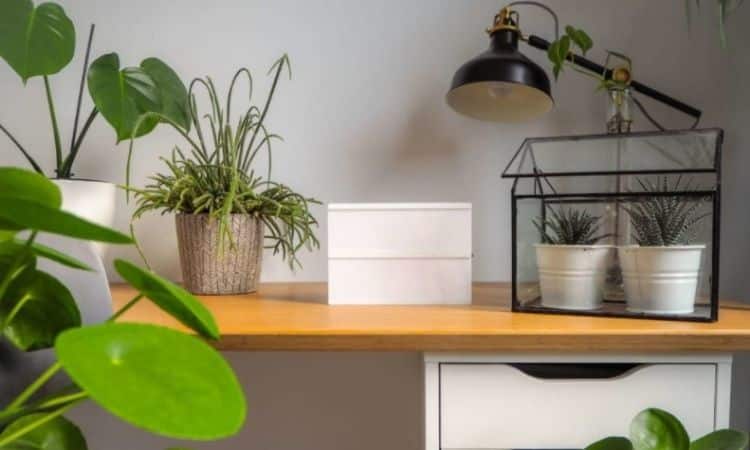 A little bit of green creates more atmosphere and a more pleasant climate. We show ten easy-care plants that are perfect for the office. Numerous studies have already looked at how plants have a positive effect on people. It is undisputed that they promote concentration and have a relaxing effect.

In combination, this leads to higher productivity and a better working atmosphere. For some people, the presence of plants even subconsciously reduces stress. Of course, the air-purifying effect of plants and their positive effect on the microclimate should not be ignored. We have compiled a list of plants that you should definitely have in your office.

Even NASA has examined certain indoor plants for their effect to improve the indoor climate in space stations. One more reason why both employers and employees should insist on the presence of houseplants in the office.

The Peace Lily – also known as single leaf – is an easy-care and very beautiful houseplant. What makes it so special are its beautiful, large white flowers, which it shows regularly. On closer inspection of the flowers, the trained observer will recognize that it is an Arum plant (Araceae).

The flowers exude a pleasant scent and thus improve the atmosphere in the office twice over. Originally, plants of this genus come from northern South America, where there are about fifty different species. Spathiphyllum wallisii is particularly well known as an indoor plant. 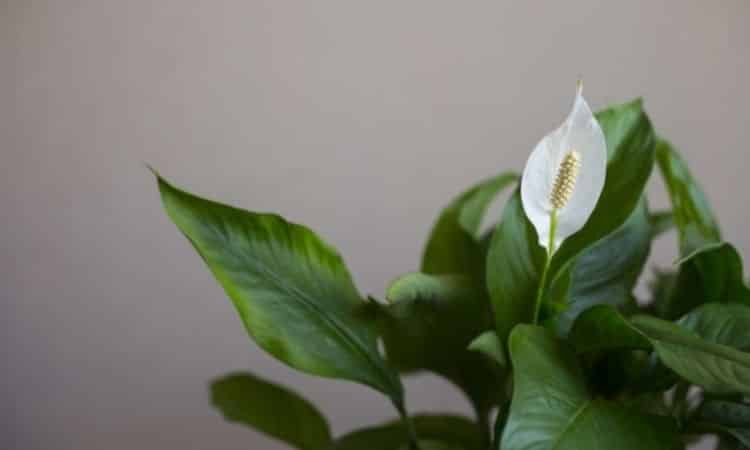 The Chinese Money plant is somewhat strange-looking, which probably gave it its name. The plant, which originates from China, lives in its natural habitat in shady mountain forests and therefore does not like direct sunlight in the office. Nevertheless, too much shade makes it too dark. When placed on the desk, the Pilea Peperomioides becomes an interesting eye-catcher. Older specimens often become bald at some point, but new offshoots are easily planted. 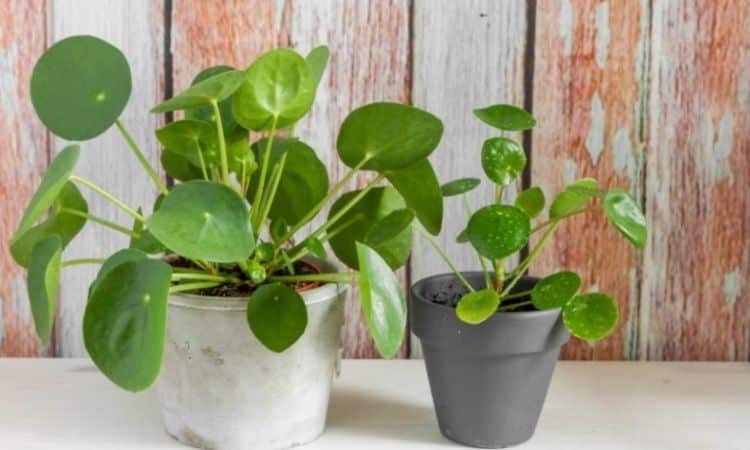 Easy-care and elegant, even if not quite as cuddly, is of course the cactus. Which species you choose is of course a matter of taste. The advantage of cactuses is that they can survive long dry periods, for example when nobody is around in the office during vacations.

They are even happy to have a certain amount of rest every now and then. Classical cacti belong to the genus Echinocactus. If you prefer an eye-catcher, you should go for Toumeya papyracantha with the long spines or Coryphanta cornifera with the white, flat spines. 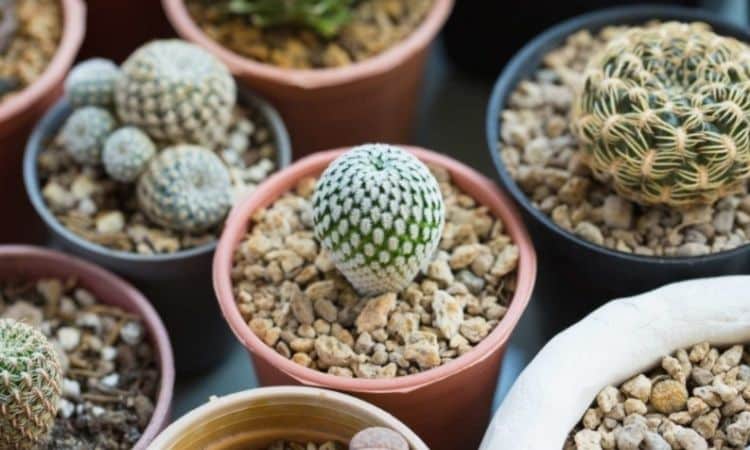 This tropical tree is known from many an office and is certainly nothing new. Nevertheless – or perhaps precisely because of this – it has a right to exist. It is a good privacy screen, looks very decorative even in the corners of rooms, and is very robust.

It is available in different varieties with either plain or colored leaves with cream or reddish tones. The Asian tree belongs to the strangler figs and grows into a stately tree in the tropics and subtropics. 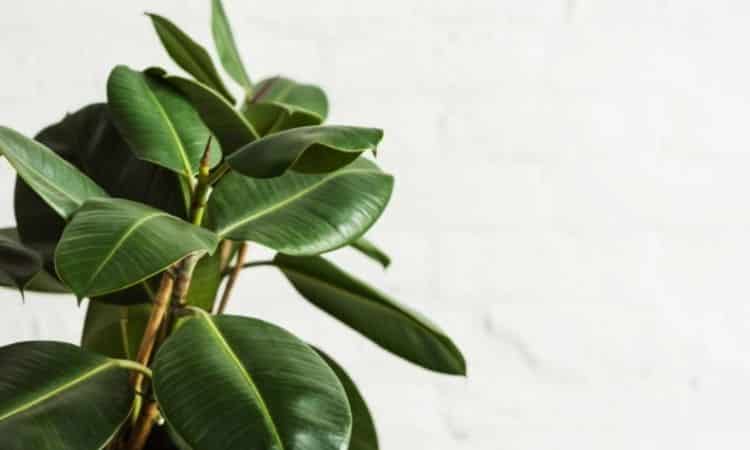 The lush green ornamental asparagus has probably been somewhat forgotten, but the filigree pinnate leaves of the houseplant can certainly be set in the scene. Ornamental asparagus is not only easy to keep in a pot but also in a hanging basket.

The two varieties ‘Sprengen’ and ‘Meyeri’ are particularly well-known and popular. In general, the South African asparagus relative prefers a bright location without direct sunlight and regular watering.

Another South African plant that has made it into European homes is the penny tree. The most famous is probably the traditional form with penny-shaped leaves, but the two varieties ‘Gollum’ and ‘Hobbit’ also deserve attention – and not only because of their bizarre names. The two varieties are difficult to tell apart because both have elongated and round, rather stalk-shaped leaves.

All Penny Trees have the advantage of being able to cope with adverse conditions, which makes them ideal indoor plants. Although they prefer a light location, they can also survive in darker places. Since the plants are very robust, they also tolerate little watering. 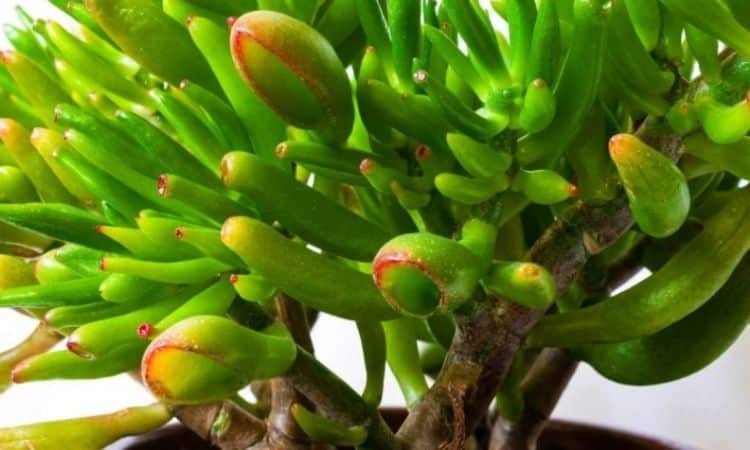 In open-plan offices, taller specimens of the Dragon Tree can be a good privacy screen, which also has a sound-absorbing effect due to the many leaves. If they are shortened at regular intervals, they branch out into dense branches. When shortening them, however, make sure you have clean and sharp scissors.

Cutting should definitely be done in spring when the plant gets enough light. A few days before, you should water and fertilize the plant sufficiently, for example with organic universal fertilizer, to stimulate a growth spurt. Do not head all stems at the same time, but proceed stem by stem so that the plant has enough large shoots before the next step is due. If this does not work, cut the dragon tree again a few centimeters below the old cutting edge. 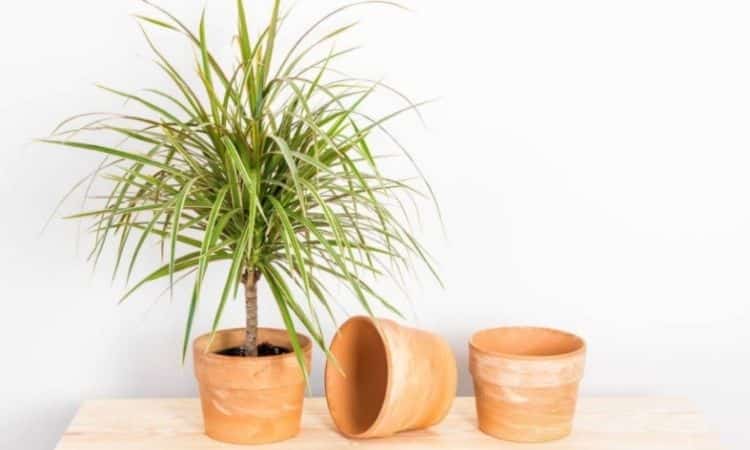 The ivy hive is one of the classics among indoor plants and is also ideal as an office plant. Due to its rapid growth, it conquers every office in no time and likes to shimmy along with climbing aids. Often moss sticks are used for this purpose, but why not simply set a green highlight in the office and attach a trellis to the wall or let the ivy hawk grow up on the shelf?

Ivy Turkeys bring a lot of fresh green and even cuttings are planted quickly and easily. If they do become too large, they can also tolerate the shortening of their tendrils. However, ivy hawks do not like long dry periods, otherwise, they lose their leaves. Therefore, make sure that there is someone around to water them from time to time, even in your absence. 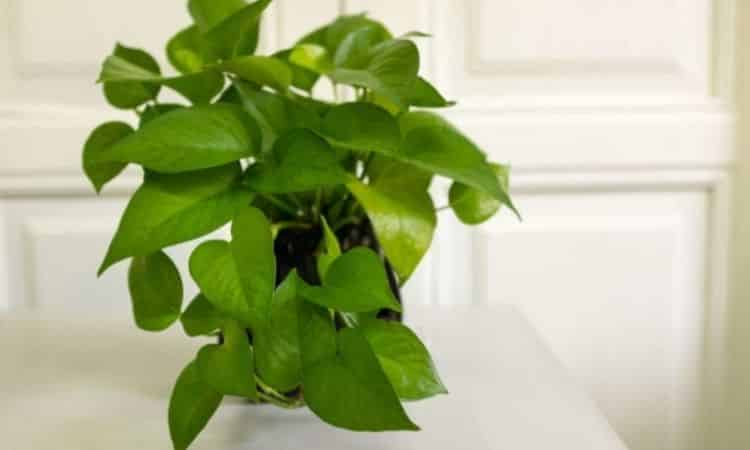 The luck chestnut, which originates from Central American wetlands, is an extremely decorative tree. While it grows up to 18 meters high in its native country, it grows rather slowly as an indoor plant. If it does become too large, it can simply be shortened.

Otherwise, the plant is very easy to care for. A special feature is its thickened stem, which is usually elegantly braided in the sold specimens. Lucky chestnuts love sunlight, so they are not for dark offices but are better kept in bright, sun-drenched rooms. 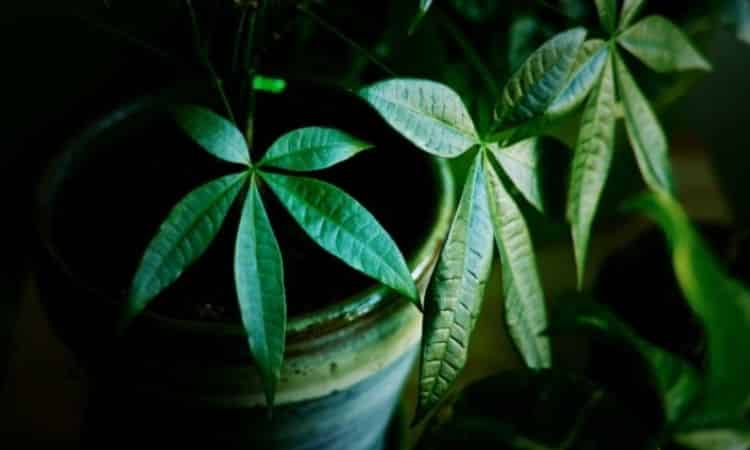 The green lily has a particularly good reputation when it comes to air purification. It is also easy to care for and feels comfortable even in dark offices. However, if you notice bleached leaves, they indicate a lack of water, light, or nutrients.

In the latter case, we recommend good fertilization. If it’s not available at the moment, you can also use a little coffee grounds as an emergency aid, which I’m sure are available in abundance in most offices. Once the deficiency is remedied, most of the faded leaves usually turn green again quite quickly. 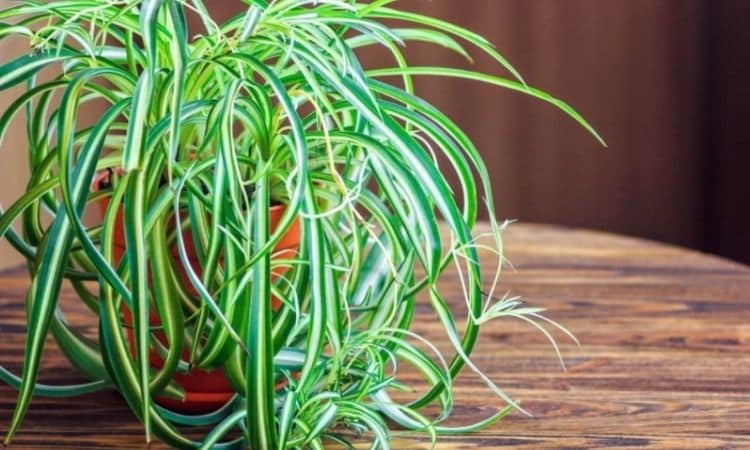 Next Post
Maintaining The Dragon Tree: Tips From The Expert
Previous Post
Aphids On Roses: How To Fight Aphids Naturally 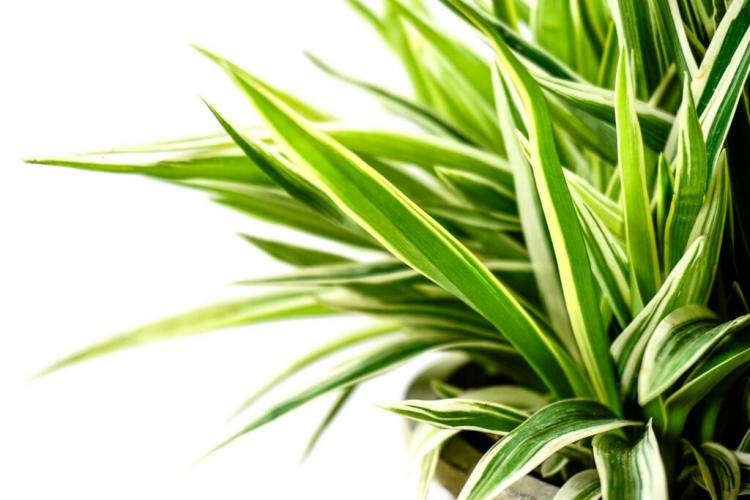 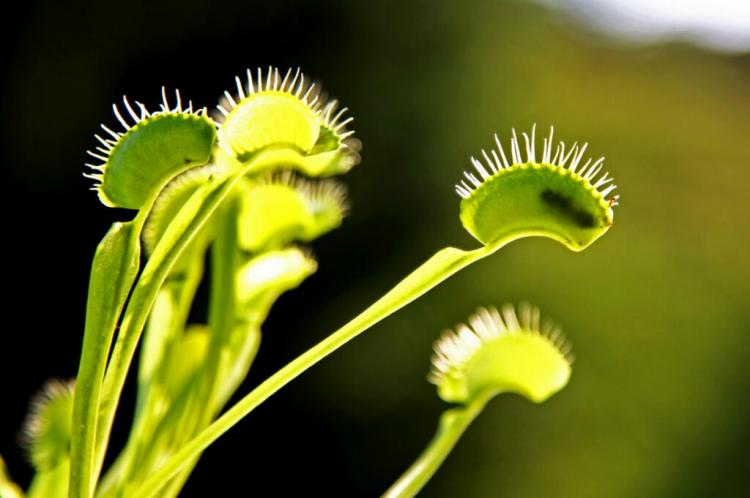 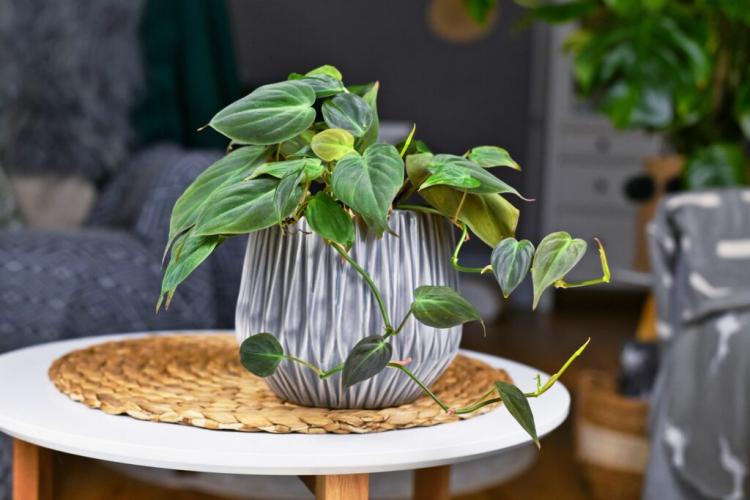 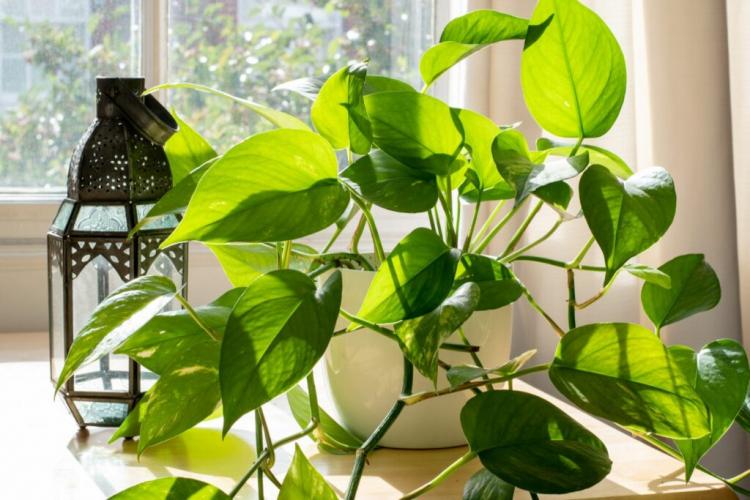 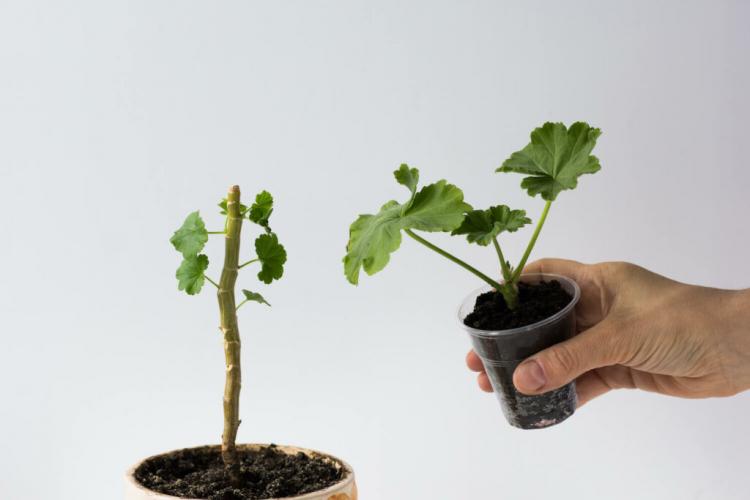 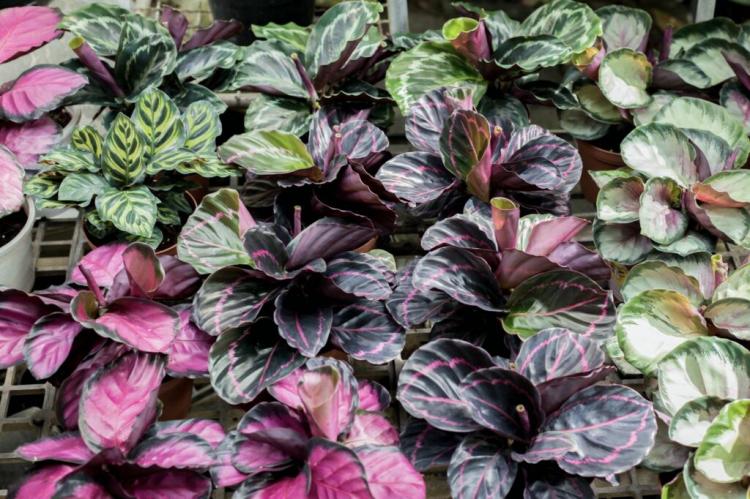 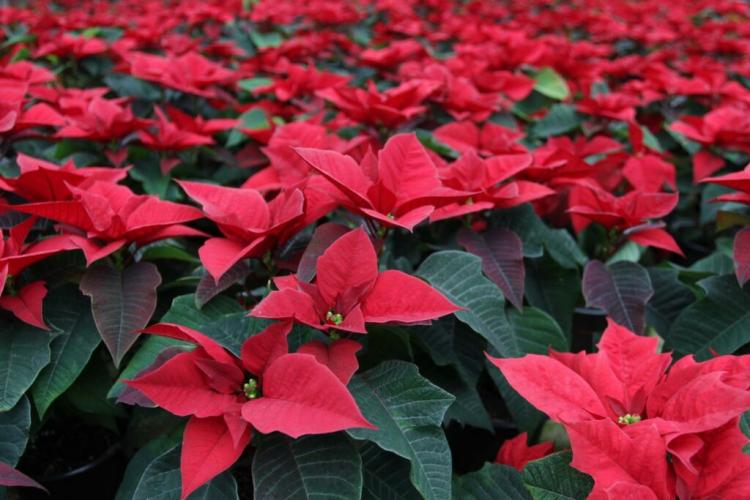 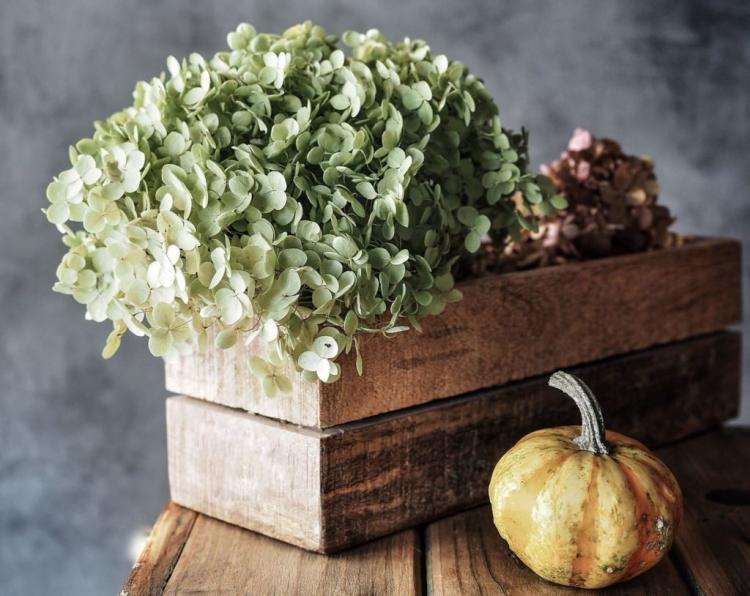 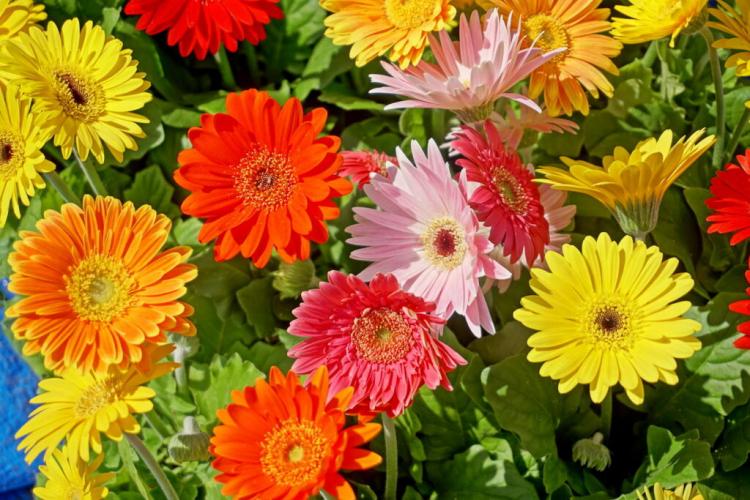 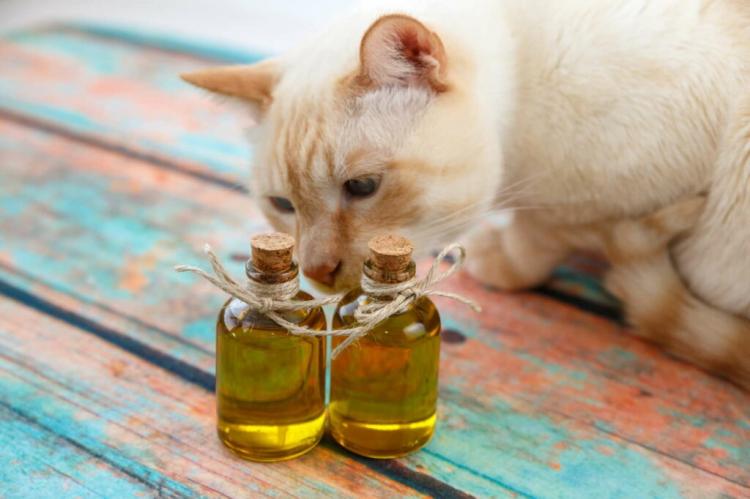 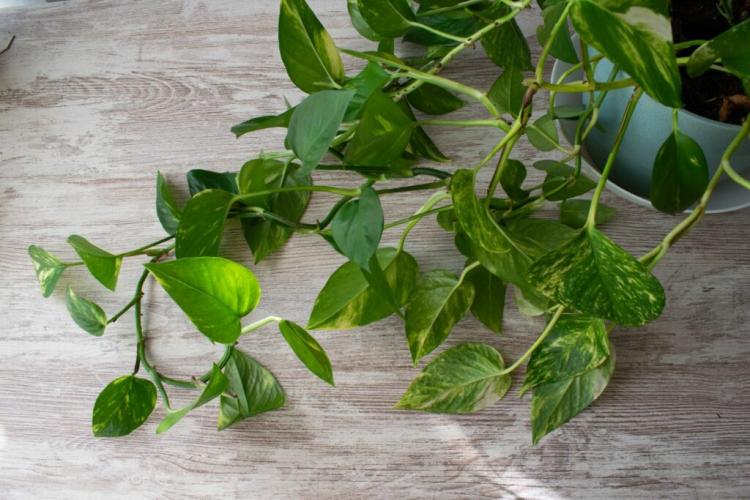 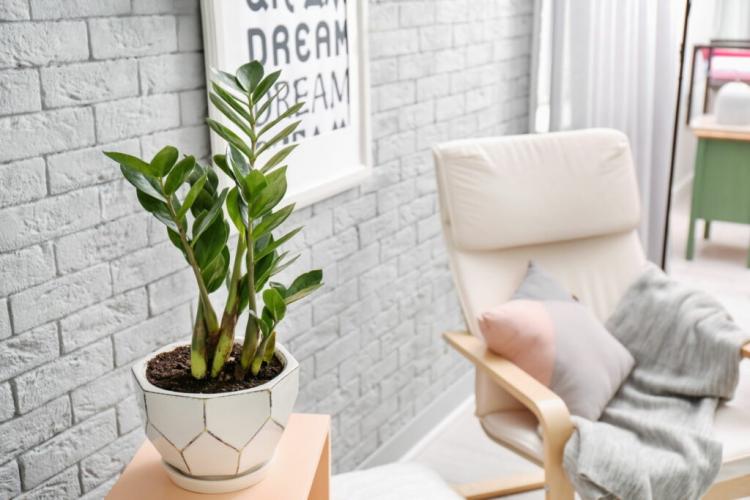