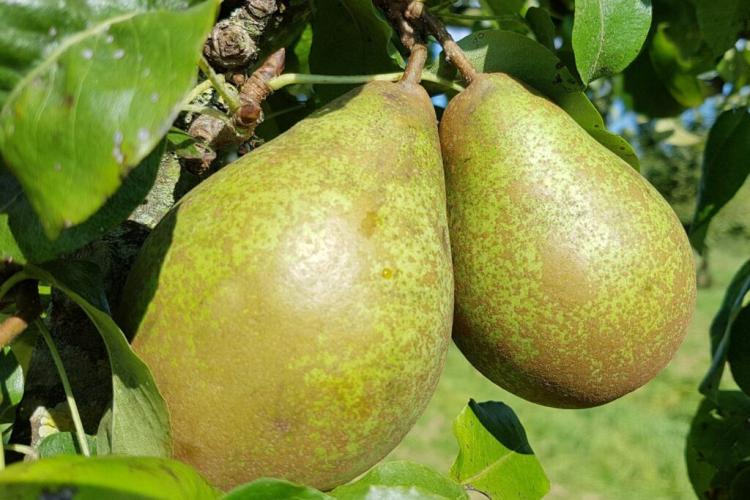 The ‘Countess of Paris’ winter pear is widespread and very popular with professionals. We’ll tell you everything you need to know about the pear variety in the garden at home.

The ‘Countess of Paris’ pear is a demanding, but tasty variety [Photo: Manfred Rucksackzio / Shutterstock.com]

The ‘Countess of Paris’ pear has a long tradition of consumption and cultivation. In good locations with nutrient-rich soils, the very demanding pear impresses with its aromatic and fine-spicy taste. The late ripening variety ‘Gräfin von Paris’ can also convince because it can be stored for a long time and can be planted as a small tree.

Origin and history of the pear variety ‘Countess of Paris’

The ‘Countess of Paris’ pear was selected from wild seedlings by the gardener William Fourcine in France around 1884. In 1889 it was first mentioned in a French horticultural magazine. A short time later, the variety was mentioned several times – including in German literature – also in demand outside of France. Today it is widespread from Europe to West Asia.

Properties and taste of the pear

The ripe pears of the ‘Countess of Paris’ variety delight with their sweet, juicy, melt-in-the-mouth taste. On the tongue, this develops in the direction of a fine, spicy, slightly sour finish. The fruits are medium to large, elongated and typically pear-shaped to conical. They often have a constriction towards the stem and end with a narrow tip. The skin is greenish to yellowish and rusty. This can also be a little rough and provided with numerous shell points. The pulp of the ‘Countess of Paris’ pear is yellowish white and often a bit grainy. In unfavorable locations, such as those that are too cool, there is a risk of stone cells forming and a loss of aroma on the pears.

Plant and care for the ‘Countess of Paris’ pear tree

Characteristic of the pear tree ‘Countess of Paris’ are the sweeping, slightly conical or pyramidal crown and the evenly appearing, short fruit wood. With this pear variety you can choose from a variety of shapes: The ‘Countess of Paris’ can be raised as a half-stem or high-stem on seedling bases. Quince, for example quince C, can also be used as a base for smaller espalier trees. The pear tree can be planted between March and October.
In the period from January to April or June to August you can also prune the pear tree in order to continue to receive a plentiful harvest. The ‘Countess of Paris is growing upright, but without your intervention she is already forming a well-garnished crown. However, excessive pruning should be avoided with this variety. Older trees should occasionally be pruned harder to rejuvenate in order to provoke new fruit wood.

The flowering of the ‘Countess of Paris’, which already begins in April, beautifies your home garden with its spring-like flor early on. In autumn, the pear tree ‘Countess of Paris’ with its bright orange-yellow leaves is also a striking gem in your garden. Like all pear varieties, the ‘Countess of Paris’ is also a cross-pollinator and therefore depends on the presence of pollinator pears in the neighborhood. Other early-blooming varieties such as ‘Boscs Bottle Pear’, ‘Gellert’s Butterbirne’, ‘Delicious from Charneuex’, ‘Williams Christ’ and ‘Madame Verté’, possibly also ‘Clapps Liebling’, are particularly suitable as ‘Countess of Paris’ pollinators. Early von Trevoux ‘,’ Josefine von Mecheln ‘or’ Bunte Julibirne ‘.

The white blossom of the ‘Countess of Paris’ pear tree can be seen early in the year [Photo: Jack N. Mohr / Shutterstock.com]

If you want to achieve the highest possible yields from your ‘Countess of Paris’ pear, a sunny and sheltered location is suitable. A very nutrient-rich, deep soil, which can be loamy, sandy or humus, is also important. Sandy soils must be watered when it is dry. Since the variety does not tolerate waterlogging, deep loosening and drainage before planting is essential on loamy soils. In cool fruit-growing areas, the ‘Countess of Paris’ is only suitable as a trellis on house walls facing the sun. Occasional fertilization with a long-term fertilizer rich in potassium – for example our Plantura organic universal fertilizer – is a good supplement to ensure the supply of nutrients via the soil and to ensure that the pears are of good quality. This is particularly useful on sandy and nutrient-poor soils.

The variety ‘Countess of Paris’ is very susceptible to the bacteriosis fire blight, which fortunately only occurs very rarely. Pear scab can be a problem on humid locations and heavy soils. In addition, it tends to form frost plates, but is otherwise quite frost-hardy.

The ‘Countess of Paris’ harvest season begins around the middle or end of October, sometimes not until the beginning of November. The fruits are now ripe for picking and develop their full flavor after four to six weeks of storage. However, ‘Countess of Paris’ pears that are harvested immature can become tough in the warehouse. The pear variety ‘Countess of Paris’ is particularly characterized by its long shelf life until January or even beyond. A cool, unheated cellar is ideal for storing the ‘Countess of Paris’ pear. Heavily rusted fruits should be consumed or processed as soon as possible, otherwise they will quickly shrink and become inedible.

The ‘Countess of Paris’ pear is also great for cakes [Photo: Flopaganifoto / Shutterstock.com]

In the kitchen, the ‘Countess of Paris’ pear is a real all-rounder, because with its pronounced sweet-aromatic taste and slightly spicy finish, it is suitable both for direct consumption and for versatile processing, for example in cakes, as an accompaniment to spicy dishes or for preservation by boiling or drying.

If you want to find out more about the best tried and tested and new pear varieties, you can read on in our overview. 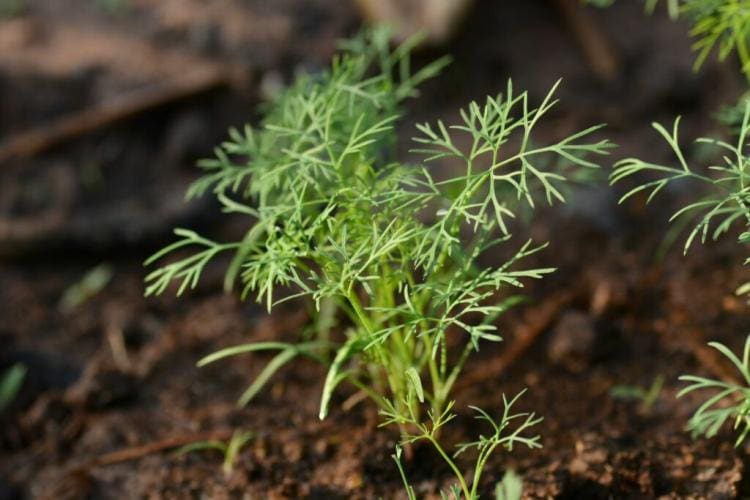 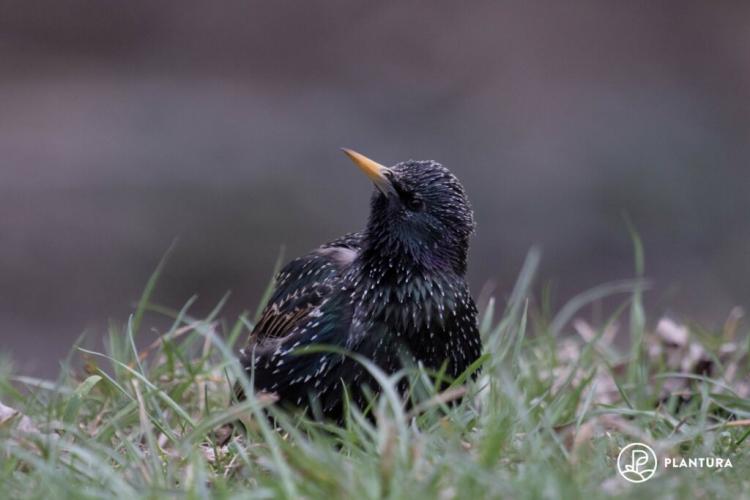 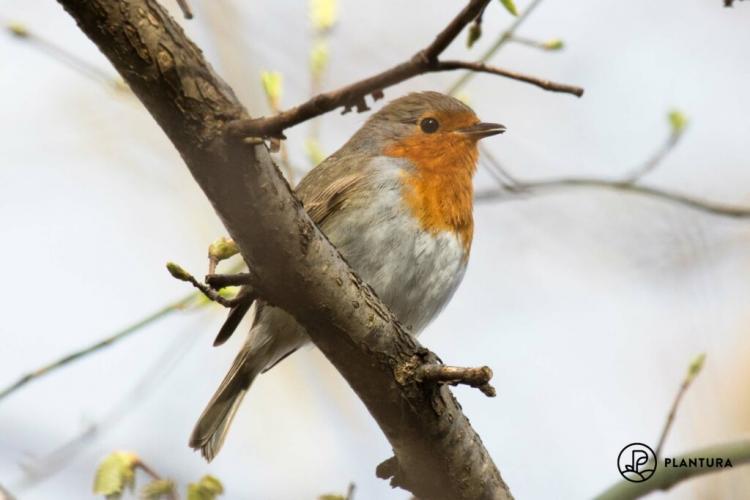 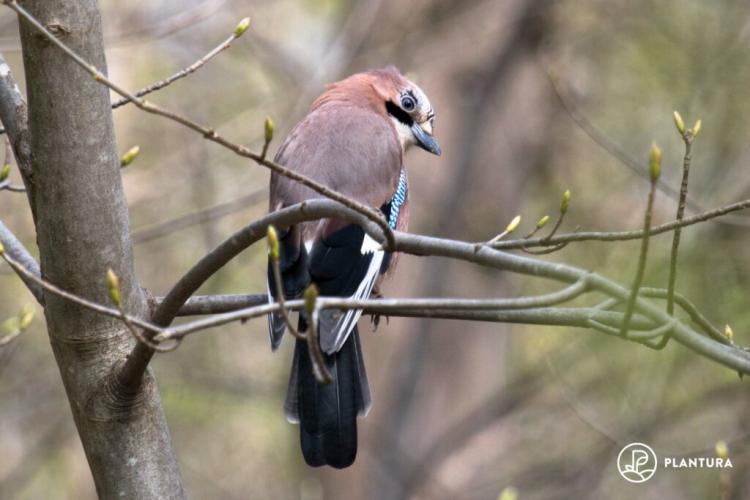 What do the female jays look like? What does the bird’s call sound like and what does it eat? In our profile on the jay you will find everything you need to know about the breeding season, the food and the special features of the domestic bird. The jay is easy to recognize by its… 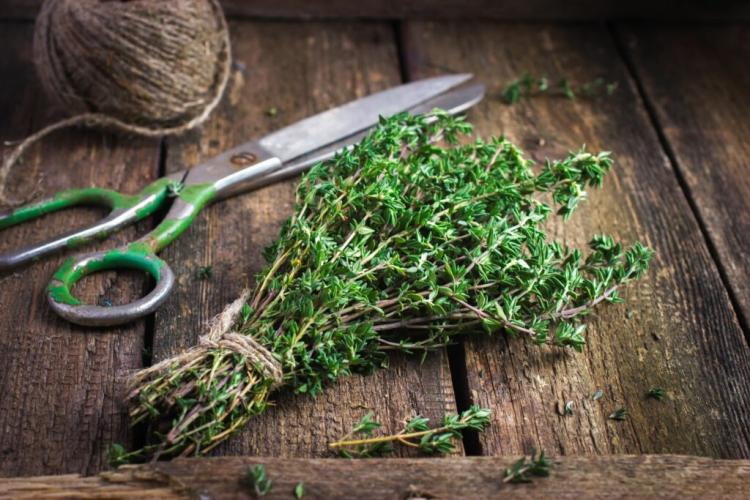