Hawthorns come in a wide variety of species and growth forms. We present nine interesting hawthorn species for the home garden.

In addition to the native hawthorn species, species from different parts of the world have established themselves in our cities, but also as hedge plants and bird protection trees. We present 9 hawthorn species for our gardens and describe their growth, location requirements, fruit ripeness, and use.

The hawthorn ( Crataegus ) genus is extremely diverse and should find a place in every garden: all hawthorn species provide nectar and nutritious fruits for insects, birds, and mammals. In the following list, you will find the special features of the respective species and their requirements for the location.

The common hawthorn or hawthorn is native to us and occurs from Europe to West Asia and North Africa. As an undemanding large shrub, it can be found everywhere on sunny forest edges, stony slopes, and hedges and bushes.

The dark green, egg-shaped leaves are incised down to the midrib and turn yellow to deep red in autumn. Numerous flowers in panicles bloom from May to June and attract various insects to pollinate. It is named after the fact that there is only one stylus in the flower structure. In this way, only one seed per fruit is produced during fruit formation. The dark red, apple-like fruits ripen from September to October.

They taste sweet and sour raw, floury and bland, but can be added to low-pectin fruits for jam production to strengthen the gelation. In times of need, the dried and ground hawthorn fruits were used as a flour substitute for baking bread. This is where the regional name “Mehldorn” comes from. In medicine, the antihypertensive and circulatory-strengthening effects of flowers, leaves, and fruits are valued. The best-known variety is the 6 m high and only 3 m narrow columnar hawthorn Crataegus monogyna ‘Stricta’.

The two-fluted hawthorn is widespread and native from Europe to North Africa. You can find it at the edges of the forest, in bushes, and as a pioneer in uncultivated open spaces.

It prefers warmer, more humid, and nutrient-rich locations than C. monogyna. The double-fluted hawthorn also thrives in partial shade and is extremely robust against frost, wind, and cuts. It becomes about 2 – 6 m, in exceptional cases 10 m high and up to 2 – 6 m wide.

The egg-shaped leaves are notched at most up to the midrib. The flowering period begins about two weeks earlier than the common hawthorn, in May. As already mentioned in the name, the flowers of the two-fluted hawthorn usually have two styles and therefore two seeds in the fruit. The fruits are elongated, deep red, and about 1 cm long. They can be used from September just like the fruits of the common hawthorn. Numerous ornamental varieties were created through breeding, such as the pink-blooming, light-needing hawthorn ‘Paul’s Scarlet’ or the largely powdery mildew-free and large-fruited ‘Autumn Glory’.

The large-calyzed or long-calyzed hawthorn is a species of hawthorn native to Central Europe. It occurs widely in the low mountain range and lowlands of the temperate climate zone.

Among all hawthorns, the large-calyzed hawthorn is the most shade-tolerant species and thrives in hedges and light deciduous forests. The ideal location is sunny to shady on medium-heavy, deep and well-drained soils with a neutral to higher pH value. The leaves are a maximum of 5 cm in size, notched, and finely serrated. In June the large-flowered, white panicles bloom and give off a sweet scent. The round to cylindrical deep red apple fruits ripen from August to September and serve as bird food from then on. They taste sweet and sour raw, are floury, and have a yellow pulp.

The plum-leaved hawthorn, or also plum thorn, probably originated from a cross between cock’s thorn ( Crataegus crus – Galli ) and the North American sap hawthorn Crataegus succulenta var. Macrantha . In Germany, the plum thorn has been used since 1783 as a small tree in parks, hedges, and green streets.

The frost and heat tolerant large shrub prefer sunny locations with loamy soils. It forms a tree-like shrub 5 – 6 m high and 4 – 5 m wide. The branches are heavily thorny, the foliage is shiny green and colored red-orange in autumn. The flowering time of the plum thorn extends from May to June. A lot of small fruits are formed, which make this hawthorn good bird protection and nutrient wood. The best-known variety of plum thorn with medium-strong, upright growth and the straight trunk is Crataegus x prunifolia ‘Splendens’.

The cockthorn or cockspur hawthorn is native to northeast North America, where it occurs in meadows and on the edges of forests. It thrives on drier to moist, nutrient-rich, well-drained soils. The pH value of the soil hardly plays a role for the adaptable rooster thorn. It endures wind, frost, and salty soils near the coast.

The hawthorn, which grows as a large, multi-stemmed shrub or small tree, reaches heights of up to 5 – 7 m, in exceptional cases 9 m. The dense branches have up to 8 cm long, slender thorns and serrated leaves with splendid yellow, orange, and bronze autumn colors. The white-flowering panicles can be 10 cm in size and bloom from May to June. In mild winters, the numerous dark red, small, round fruits often hang on the shrub until spring.

The scarlet thorn or scarlet hawthorn is native to eastern North America. It prefers sunny locations on medium to light, dry to wet soils. The scarlet thorn is very adaptable in terms of pH but thrives best on neutral to strongly alkaline soils.

The frost-hardy and wind-resistant, multi-stemmed large shrub or small tree and becomes about 5 – 7 m high, up to 3 – 4 m wide. The up to 5 cm long, hard, and very sharp thorns protect bird nests from predators. The leaves of the scarlet thorn are broadly elliptical and double serrated. The numerous white flowers sitting together with striking pink stamens appear in May. After pollination, conspicuous, scarlet-red, up to 2 cm thick, apple-like fruits are formed. The splendid autumn colors appear late in the year with bright yellow-orange hues.

The apple thorn was created around 1870 by crossing a rooster thorn with the Mexican hawthorn Crataegus mexicana f. Stipulata in the Arboretum Segrez in France. The ideal location for this hawthorn hybrid is on medium to light, dry to fresh soils. The apple thorn tolerates pH values in the neutral to strongly alkaline range.

It tolerates heat, drought, and frost well and is completely hardy. As a small tree or large shrub, it can reach heights of 7 m and more. Older apple thorns can be almost twice as wide as they are high. The 5 – 15 cm long, toothed leaves stick to the shrub until December. In May the numerous white to pink flowers bloom in panicles. The bright orange-red speckled, up to 2 cm thick fruits adorn the bush until January and serve as a source of food for the local fauna.

The azarole thorn is native to West Asia and North Africa and is cultivated all over the Mediterranean for its large, tasty fruits. It is also known as the Welsche Loquat or Azarol apple. In earlier times the azarole thorn was also often found north of the Alps – as a winter hardy wild fruit tree down to -23 ° C. Nowadays it has almost completely disappeared and is unknown. It prefers a sunny to a partially shaded location on fresh to moist, nutrient-rich, sandy-loamy soil.

The small tree or large shrub with a height of about 5 – 8 m has strongly pinnate leaves and flowers from June to July. The round to pear-shaped red to light yellow fruits are 2 – 3 cm in size and taste apple-like, sweet and sour, and aromatic. They have a very high vitamin C content and are eaten raw or processed in jams, competes, or baked goods.

C. pinnatifida has been grown from China to East Asia for around 2000 years. The preferred location is sunny to partially shade on fresh to moist, sandy-loamy soils. The small tree, hardy to -23 ° C, reaches heights of 4 – 7 m.

Its large, dark green leaves are deeply indented and have long stalks. The Chinese hawthorn blooms from May to June and forms up to 3 cm large, round and blood-red colored fruits in autumn. The taste is sour and floury, which is why they are mainly candied or made into jelly, chewy candies, juice, and wine. In folk medicine, the dried fruits of Chinese hawthorn are used to relieve digestive disorders.

In near-natural gardens, a bird hedge made from native hedge plants is an important contribution to maintaining biodiversity. With us, you can find out which native bushes are suitable for birds and which species are better to avoid. 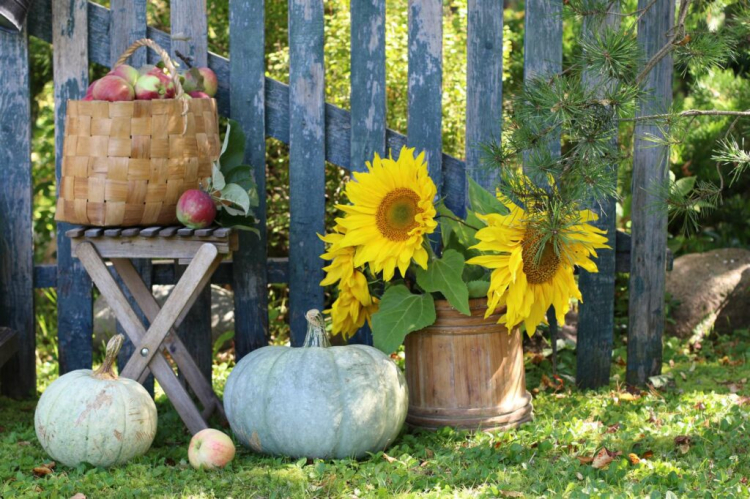 What blooms in September What to plant or sow in September Which seasonal vegetables are ripe now? Our tips for gardening in September at a glance. In September summer slowly draws to a close and the days are getting shorter again. But don’t worry, the gardening season is not over yet. In fact, there is… 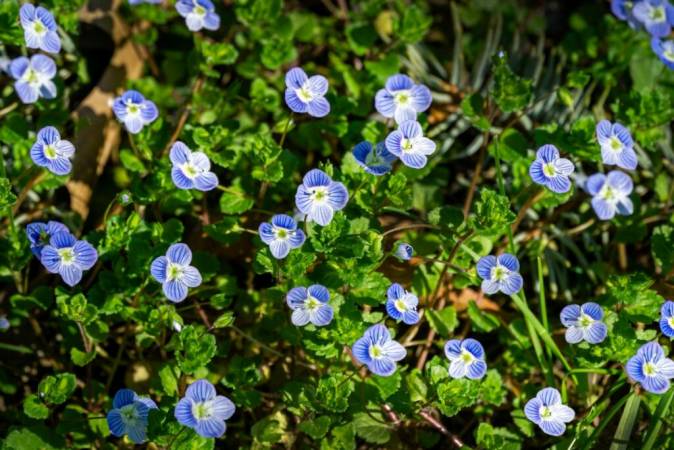 The speedwell is best known for its healing properties. We reveal which types of flowers there are and what you have to consider when planting in the garden. Speedwell ( Veronica ) is easy to care for and has been used as a medicinal plant for centuries. The flowers of the plant also attract beneficial… 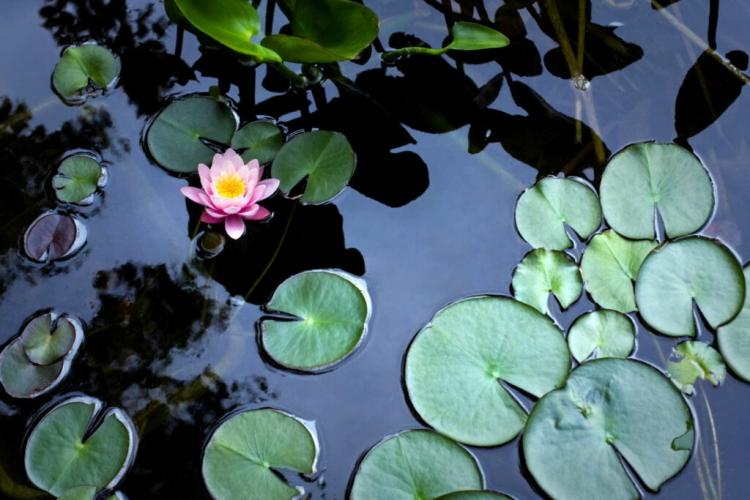 83 / 100 Powered by Rank Math SEO Pond plants make a garden pond a real eye-catcher. Here you can find out what you should consider when buying, the types and the care. A beautiful pond is often the heart of the perfect garden. For many a hobby gardener, however, it quickly turns into a…

For your fig tree to bear a lot of fruit, it needs regular pruning. We show when the perfect time is to prune and how to properly cut figs in the tub or the garden. Does the Mediterranean fig also grow in your garden? If so, a skillful cut can ensure that she produces more…

Wasps may be killed and their nest removed under certain circumstances, but nature conservation stipulates strict rules for this – you can find out more here. In the USA, wasps are clearly one of those insects that everyone would prefer to do without in summer. The nerve-wracking beasts enrich themselves unrestrainedly in desserts and meat… 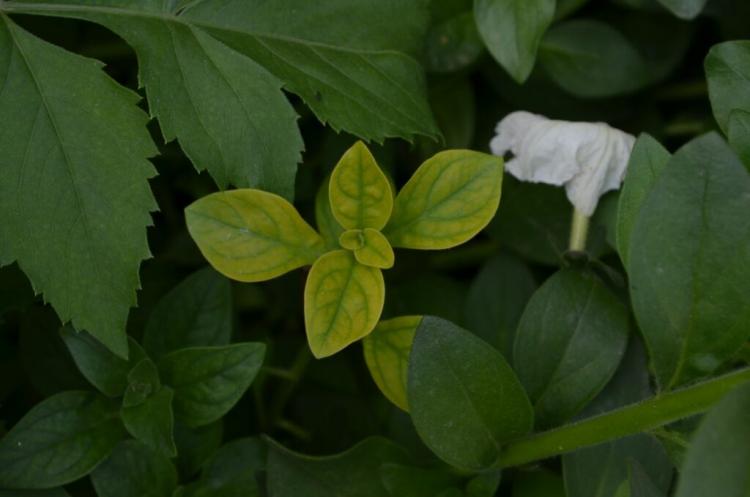 70 / 100 Powered by Rank Math SEO If the petunias suddenly turn yellow on your windows and no longer look very decorative, then they are dealing with chlorosis. Like all of our plants, our balcony flowers also need the right nutrients to grow magnificently. If the leaves on your petunias, especially the young leaves,…