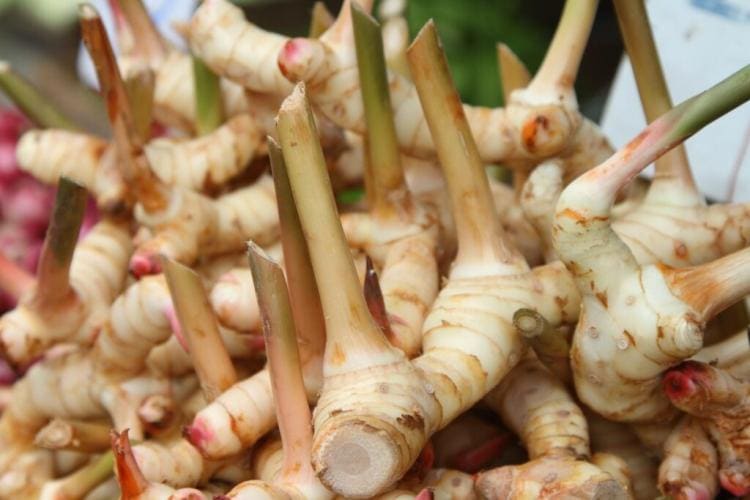 Underground parts of the galangal plant are popular as medicinal and aromatic herbs. We show what needs to be considered when growing in your own garden.

The relationship between galangal and ginger is evident [Photo: PratchayapornK / Shutterstock.com]

Two different but closely related plants are known under the name galangal: the real galangal ( Alpinia officinarum ) as a medicinal herb, and the Thai ginger ( Alpinia galanga ) as a spice. While the latter species, also known as the great galangal, is mainly used in Thai cuisine, the real galangal is considered a medicinal plant. But it is also added to various spice mixtures. Both belong to the ginger family ( Zingiberaceae ), for which the underground rhizomes, which are also often mistaken for the roots of the perennial herb, are characteristic. In fact, however, these are so-called rhizomes – subterranean parts of the shoot of the galangal. And the rhizome is not the only similarity between the two species of galangal: the herbaceous and perennial plants reach heights of growth of over a meter. Both types have elongated, narrow leaves. However, neither of them can withstand frosts.

Growing galangal: from propagation to harvest

The galangal needs warmth, which is due to its tropical home in Southeast Asia. In late summer, the significant temperature fluctuations between day and night can become a problem. Therefore, a location in the greenhouse is best.

Galangal is preferably grown in larger vessels. The substrate used should be permeable in any case, as too much moisture or even waterlogging can lead to rot of the rhizome. The galangal must also be protected from wind.

In order to propagate galangal itself, only part of the rhizome is required (as is usual for ginger plants). This piece of the subterranean shoot axis is stuck a few centimeters deep into the loose substrate in spring. So you can use a small part of your galangal rhizome that you bought in the store to grow a plant yourself.

A new galangal plant can be easily grown over the rhizome [Photo: Boyz Of Art / Shutterstock.com]

Even if the rhizome has to be protected from waterlogging, the galangal should still be watered regularly. Daily watering is essential on sunny days. Cultivation that is too dry can quickly lead to the galangal drying up. And regular fertilization cannot be dispensed with due to the high nutrient requirements of the heavily consuming galangal. A primarily organic organic universal fertilizer is well suited. The supply of nutrients is particularly important during the main growing season.

Those who grow galangal have to be patient until they can be harvested. Even in commercial cultivation in the climatically favorable Southeast Asia, it takes around five years from planting the rhizome parts to harvesting the galangal rhizomes. If you do not give the ginger plant enough time to develop and train its subterranean plant parts, you will hardly be able to detect any increase in rhizome mass. Especially in the less favorable conditions of our latitudes, you have to be patient if the galangal should not only find a place as an ornamental plant on the terrace or balcony.

After the harvest, the leaves of the galangal are simply removed from the rhizome [Photo: AntxPhotoStock / Shutterstock.com]

The rhizomes can be kept in the refrigerator for two to three weeks after harvest. In terms of shelf life, it helps to wrap the harvested subterranean sprouts in cling film, as this further reduces water loss. The galangal can be preserved for several months by drying. However, it has to be cut into thin slices. When dry, it can also be processed into powder.

The two types of galangal enjoy different uses. Thai ginger ( Alpinia galanga ) is mainly used in the kitchen. Its taste is similar to that of ginger. Its hot and bitter taste is a popular spice, especially in Thailand. The real galangal ( Alpinia officinarum ) is also used as a spice. However, it is more popular because of its healing powers. Galangal stimulates digestion and is beneficial for stomach and intestinal problems.

More than a thousand years ago, the ginger plant was known for this beneficial effect in ancient China. Hildegard von Bingen even said galangal has a healing effect on heart problems. But pregnant women should exercise caution when consuming galangal: Consumption of the rhizome can possibly lead to miscarriages.

Galangal is growing in popularity in the kitchen [Photo: Oqbas / Shutterstock.com]

Nonetheless, the galangal is a sensitive, but tasty and spicy exotic species that, with a little care and dedication, can also thrive in your own garden.

The galangal roots look very similar to those of ginger. This article provides helpful tips and information on planting, caring for, and harvesting ginger. 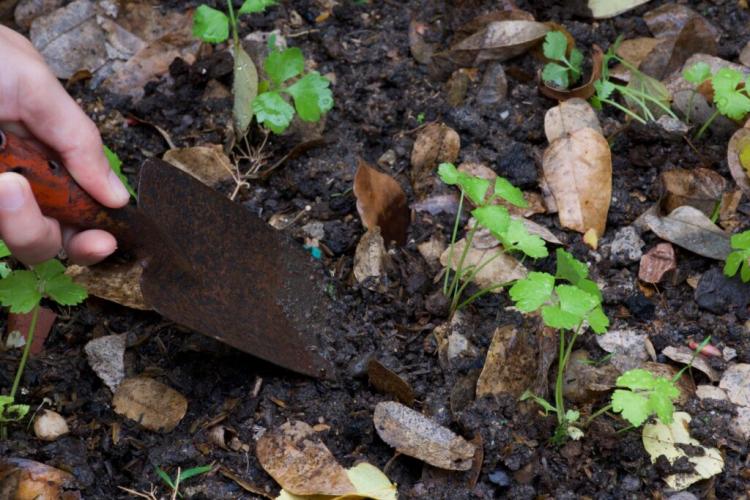 In your own garden, you can grow coriander both in the bed and in the pot. We show you what you should consider when sowing and planting coriander. Coriander can be sown directly or planted outdoors as a young plant [Photo: AkarapongCh / Shutterstock.com] The real coriander ( Coriandrum sativum ) is one of the… 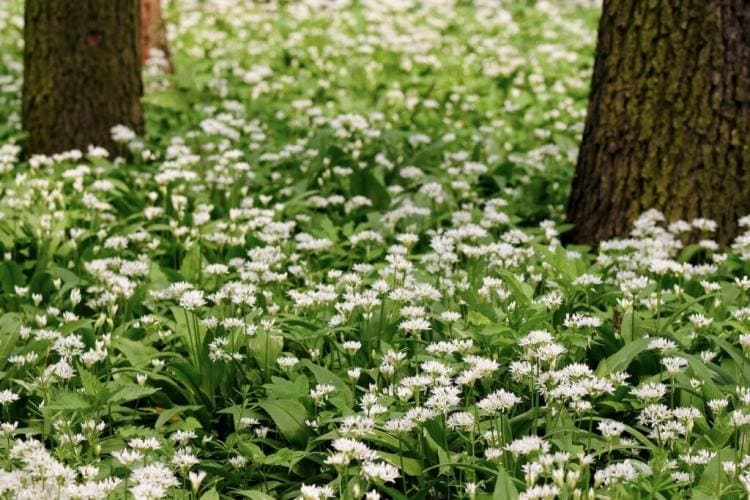 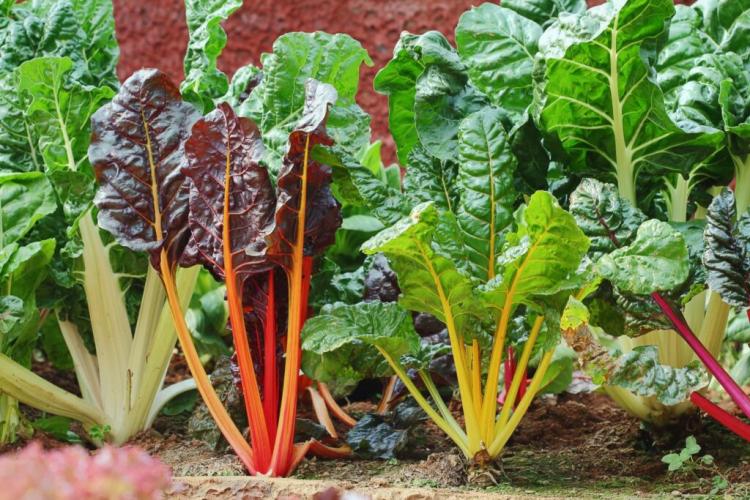 Is a sunny or rather shady location suitable for the new gardener? Here you can find out everything you need to consider when choosing a location. In a good location, Mangold really grows [Photo: Kanjanee Chaisin / Shutterstock.com] The right location: is the plant hardy? Some plants get along well with cool temperatures and survive… 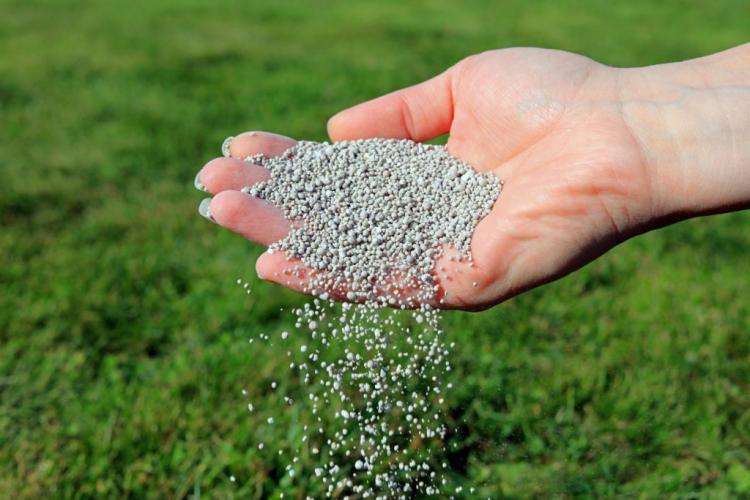 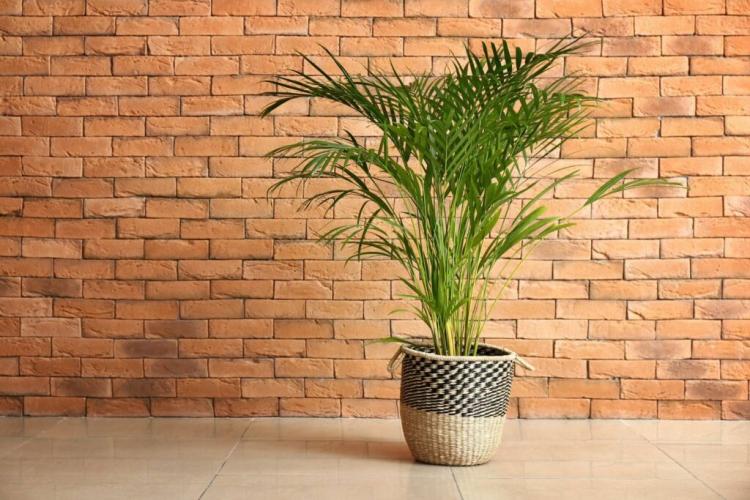 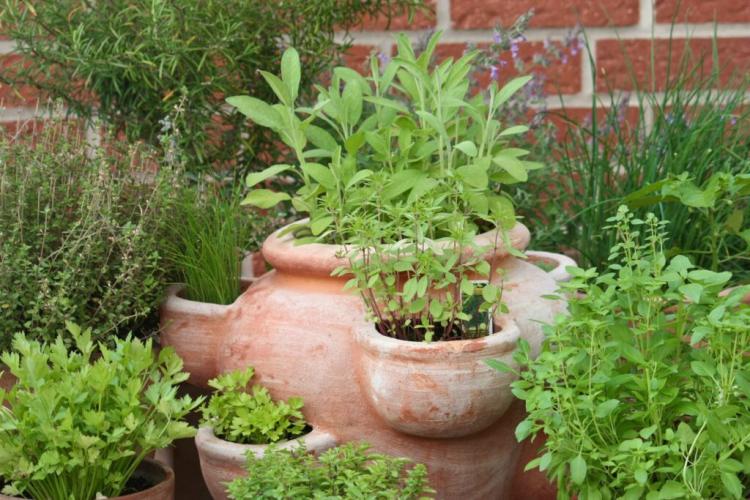 63 / 100 Powered by Rank Math SEO Herbs should also be fertilized from time to time for the perfect flavor. We reveal when and how to fertilize herbs correctly and which fertilizer is suitable for herbs. So that your herbs thrive and are rich in aromatic substances, the right fertilization is crucial [Photo: pixfix…