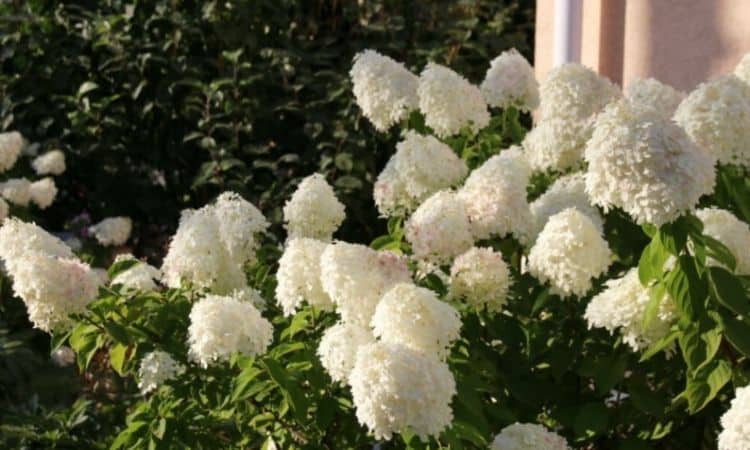 What is the perfect location for panicle hortensia? What do you have to consider when fertilizing panicle hortensias? Everything you need to know about planting and caring for the hydrangea species can be found here.

Hydrangeas exist in many different species and varieties and it is hard to imagine our gardens without them. This is also confirmed by their name – “Hydrangea” comes from the Latin word hortensias, which means “belonging to the garden”. The panicle hydrangea is one of the most robust hydrangea species.

Hydrangea Of The Panicle: Flowering Time, Origin, And Characteristics

The panicle hydrangea (Hydrangea paniculata) belongs to the genus Hydrangea in the family Hydrangeaceae. Like most hydrangea species it originates from East Asia. Its wild form is common in China, Japan, and Russia. Hydrangeas grow as an upright shrub and grow to a height of 2 to 4 meters and a width of 2 to 3 meters at an advanced age.

The grey-brown branches have oval to ovoid leaves that are about 6 centimeters wide and up to 15 centimeters long. They are intensely green in color and taper to a point. The leaf edge is finely serrated. In autumn, the leaves often take on a green-yellow coloration. The flowering time of the panicle hortensia is between July and October.

This makes it one of the late flowering hydrangea species. The cone-shaped flower panicles of the panicle hydrangea are composed of sterile flowers with 3 to 4 decorative, roundish sepals each and of fine, rather inconspicuous, fertile flowers. 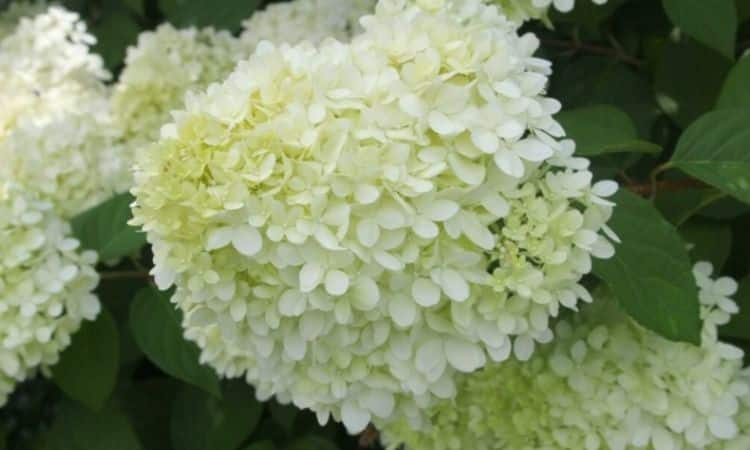 Depending on the variety, panicle hydrangeas bloom in pink, pink, or white to creamy white, combined with light green. Towards the end of flowering, the white varieties also often turn pink. However, the hydrangea blue known from garden hydrangeas (Hydrangea macrophylla) does not exist in panicle hydrangeas. Perhaps you have already asked yourself whether panicle hydrangeas are bee-friendly.

Most hydrangea species and varieties are dominated by sterile flowers. Bees and other insects do not find food in these. However, there are some panicle hydrangea varieties that have a higher proportion of nectar-rich, fragrant and fertile flowers and are therefore bee-friendly. Among these varieties are for example ‘Tardiva’ and ‘Kyushu’. 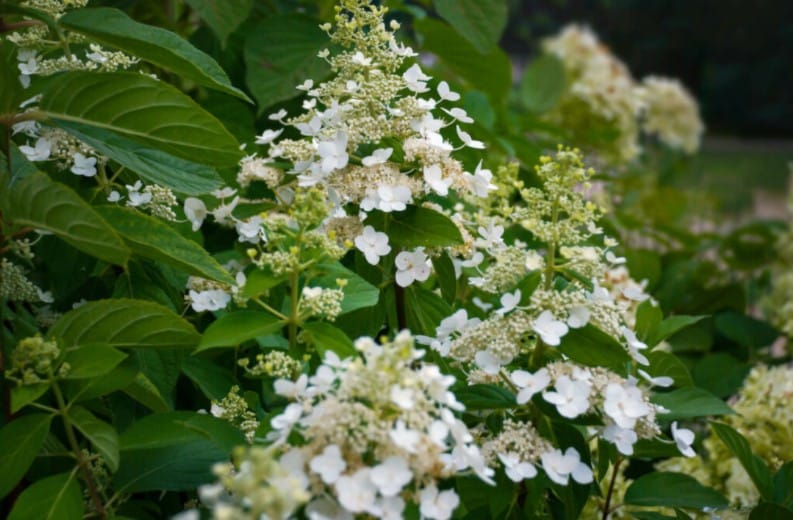 Apart from the proportion of fertile and sterile flowers, the different panicle hortensia varieties differ primarily in their growth height and color. In addition, some varieties are well suited as high stems. 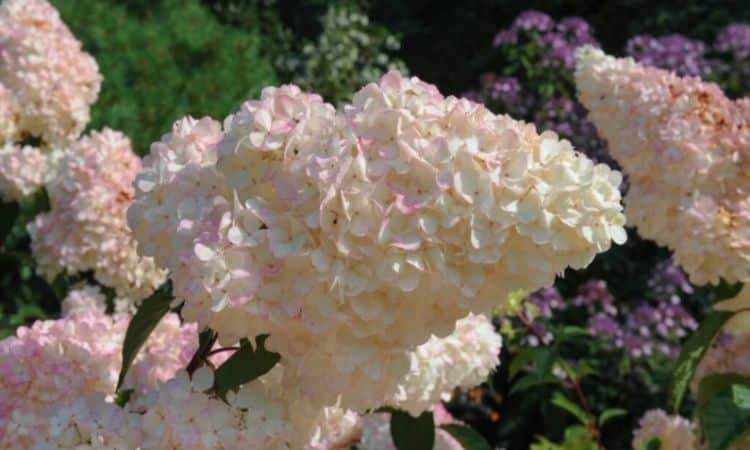 In addition to the panicle hydrangea variety ‘Limelight’, the varieties ‘Levana’ and ‘Wim’s Red’ are also suitable as high stems. They are also hardy. Levana’ develops very large, pure white inflorescences of up to 50 centimeters in length and grows to a height of 3 to 5 meters. It flowers from June to September or October. The green leaves of this panicle hydrangea form a beautiful contrast to the bright flowers.

The variety ‘Wim’s Red’ has white flower panicles that open from the beginning of June. In the course of the flowering period, its color changes from light pink to intense red. This creates the impression that the flower panicles are multicolored. Wim’s Red’ grows up to 2.5 meters high and flowers until September. 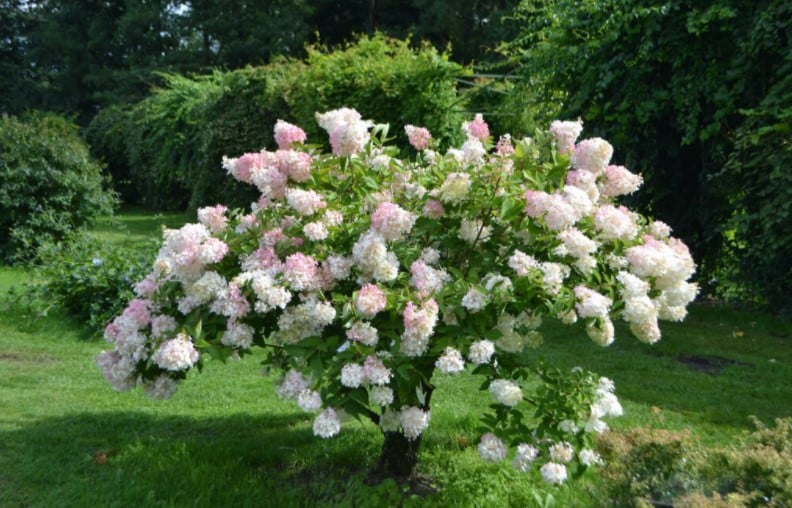 Hortensia In A Pot: Small Varieties For The Pot

Hortensias of panicles prefer a sunny to semi-shady and wind-protected location in the garden or on the balcony. They can be planted all year round, but ideally, the plants are planted in spring. The soil should be fresh, permeable, rich in humus and nutrients, and have a pH between 5.5 and 6 (slightly acidic). 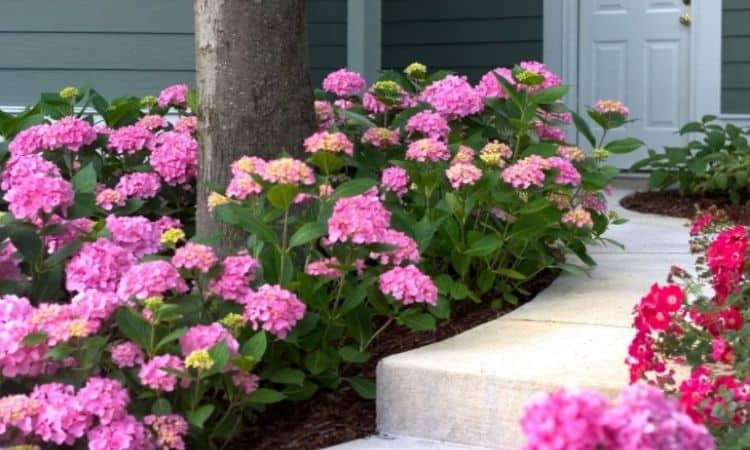 Fill the hole with the substrate and press firmly. Water generously. With a mulch layer of leaves or bark mulch, you can ensure that the moisture remains in the soil longer when watering and does not evaporate as quickly. Especially when planting in the warm season, regular watering is required afterward.

Cutting The Panicle Hydrangea: The Right Time And Instructions For The Procedure

What is the procedure for cutting panicle hortensias? Is it better to cut them back in autumn or spring? Our tips for the perfect cutting of panicle hydrangeas. Panicle hydrangeas are particularly attractive because of their large, dense flower panicles, which appear in different colors depending on the variety and change color during the flowering period.

In order to maintain the flowering and compact growth of your panicle hydrangeas, it is advisable to prune them annually. However, if you don’t have enough time or if you have a panicle hydrangea in a flowering hedge, it should be mentioned that Hydrangea paniculata grows excellently even without pruning. 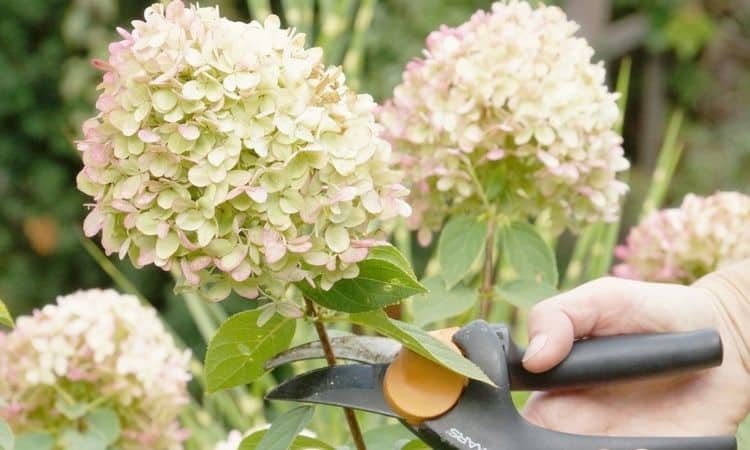 Without pruning, it will grow bigger and bigger with the years and become balder inside the shrub. In the end, it will bear fewer flowers in proportion to the mass of leaves.

When Should Panicle Hortensias Be Cutting?

Panicle hydrangeas belong to the late flowering hydrangea species. Their withered panicle flowers form a pretty decoration in the garden in winter. In spring, the stems can be cut back if necessary. The right time for pruning the panicle hydrangea is between mid-March and April, after the last heavy frosts and before the plant sprouts again.

In addition to pruning, spring fertilization is particularly beneficial for pot hornetsia and helps the panicle hornetsia to produce powerful new shoots and many flowers. For example, organic hydrangea fertilizer with long-term effects reliably supplies the hydrangea with all important nutrients. 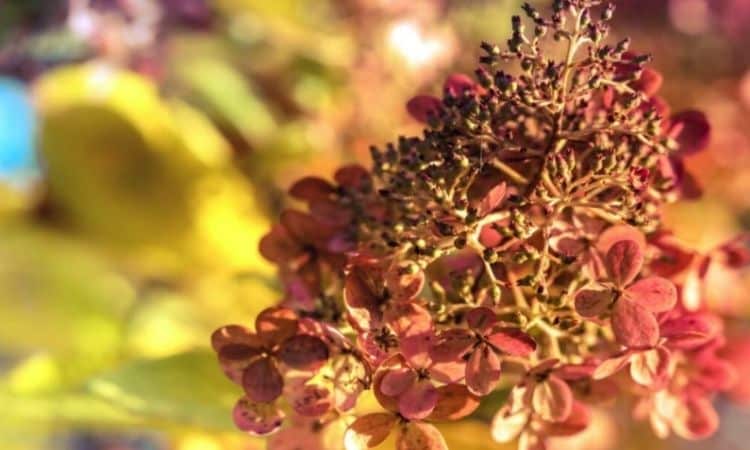 Cut Panicle Hortensias: This Is How To Cut Back

About one-third of the crown volume can be cut back per cut. The panicle hydrangea, unlike e.g. the farmer’s hydrangea, forms the flower buds only after budding on the “new”, i.e. this year’s wood. Therefore, you need not be afraid of removing or damaging flower buds when cutting.

If you want to keep the classic shrub shape, you should shorten all shoots to a stump about 15 centimeters high with about 2 “sleeping eyes”. These are dormant budding plants from which new shoots sprout in spring. You can recognize them as raised spots under the bark. In addition, diseased and dead wood should be completely removed. 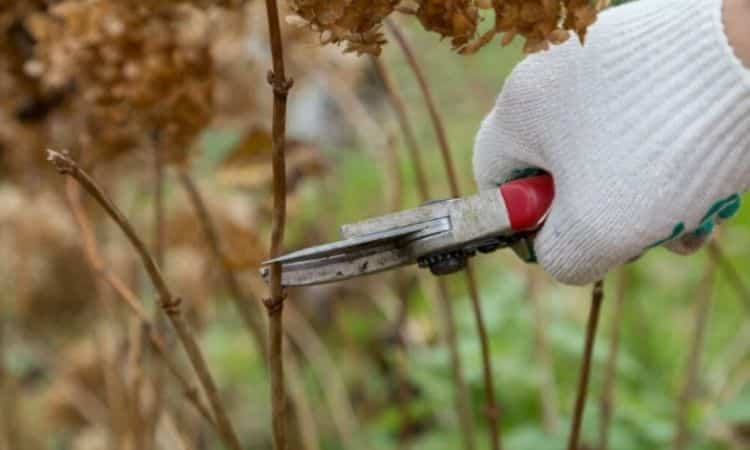 If you want to cut your young panicle hydrangea to a high trunk, you must already carry out the following cutting measures in the first year of standing: First look closely at the plant and select one of the middle shoots that will later form the stem.

Decide on a strong, straight-growing shoot. All laterally growing shoots must be removed. Cut them back completely, i.e. to the base. The left-standing shoot should be stabilized with a wooden stick. It should also be trimmed down to 2 to 3 sleeping pairs of eyes. In the following years, each spring, the shoots that have started in the lower part of the main stem are removed and the shoots of the crown are cut back to about 10 centimeters in length. 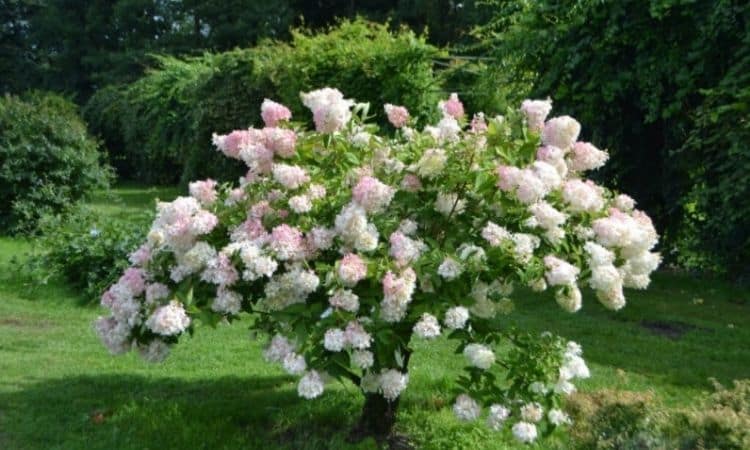 Next Post
Iris: Everything To Care For, Cutting And Choice Location For Planting
Previous Post
Globe Thistle: Plants, Care And The Most Beautiful Varieties 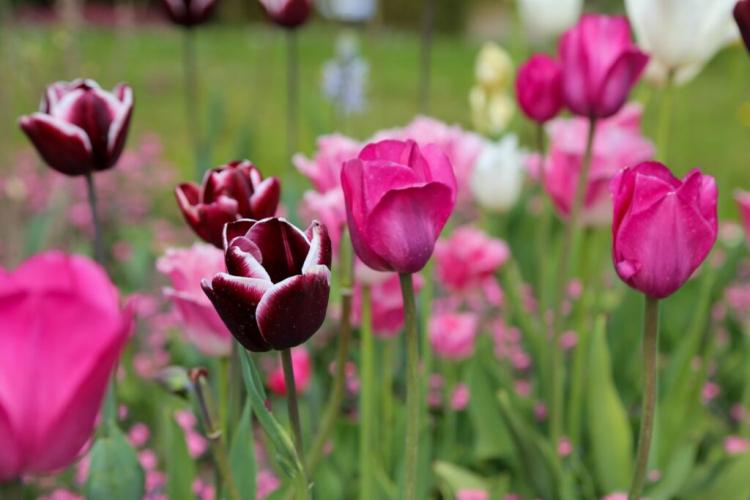 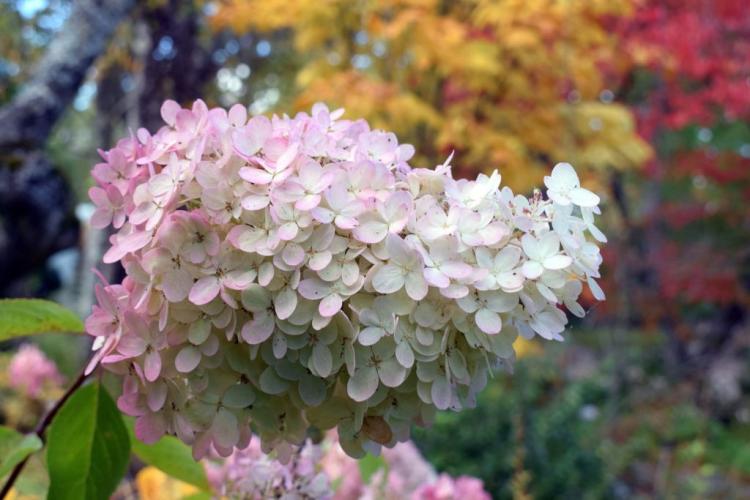 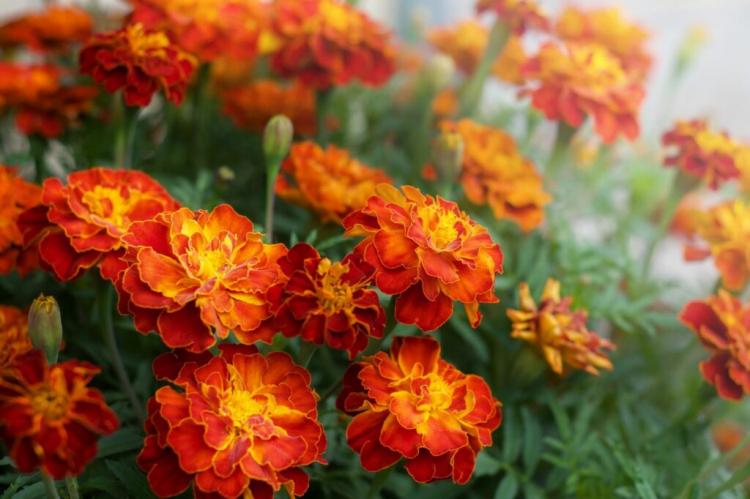 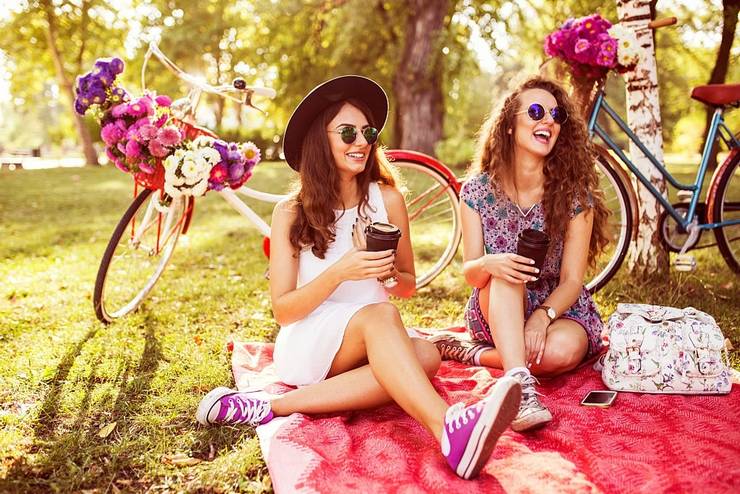 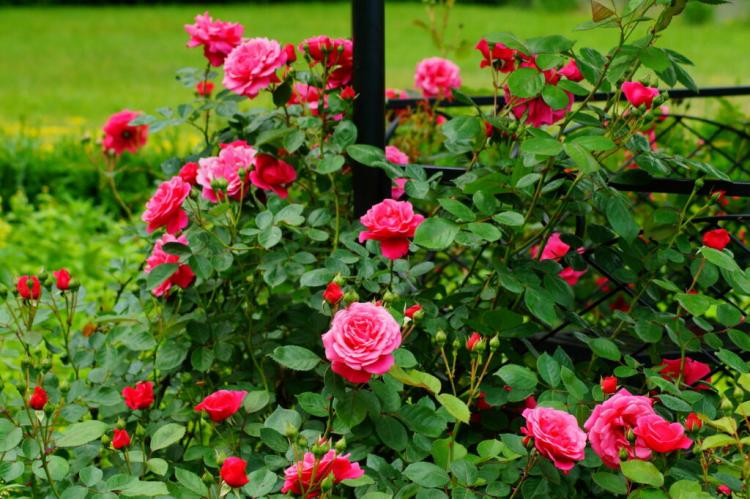 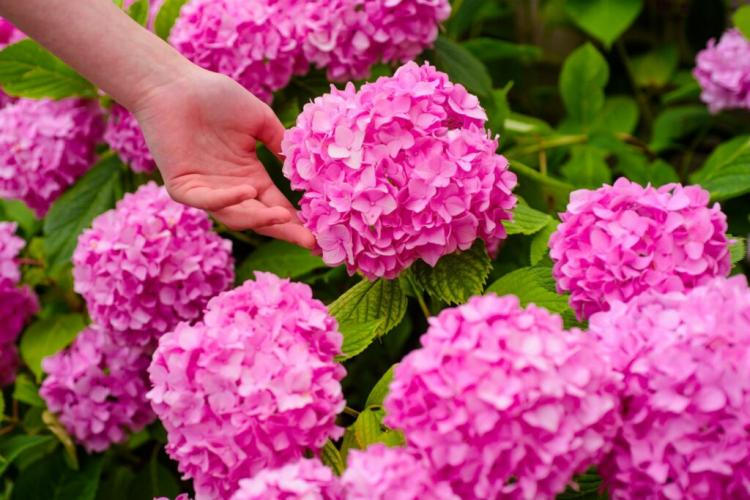