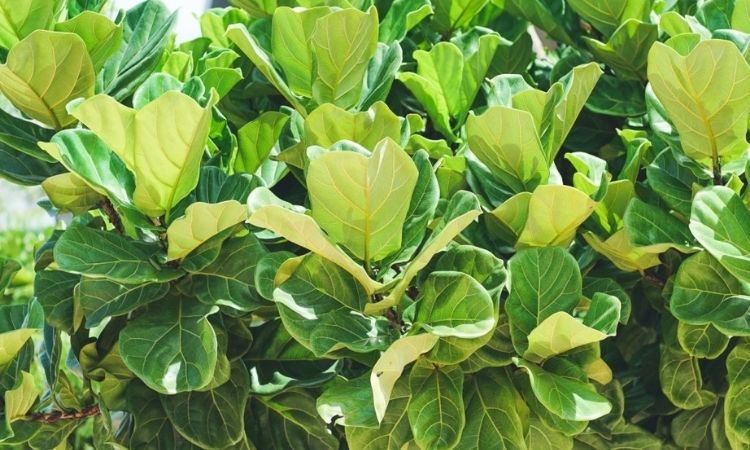 Ficus Lyrata or Fiddle-leaf fig is a perennial evergreen tree that is part of the Mulberry family. It began its existence in the form of an epiphyte, which was located at the top of the crown of other trees. Today, in natural conditions, the plant can be found in the form of an independent tree, the height of which can reach up to 15 meters.

This plant comes from tropical West Africa. In-room culture, ficus lyre is grown as a tree plant, the average height of which is about three meters. Wavy dense leaf plates are rather large, while their surface is decorated with veins of a lighter color. It is very easy to care for such a plant, while it is characterized by rather rapid growth: the annual growth is about 25 centimeters. Remember that flowers are not formed on indoor ficus, but such a perennial is quite capable of growing an inexperienced grower. 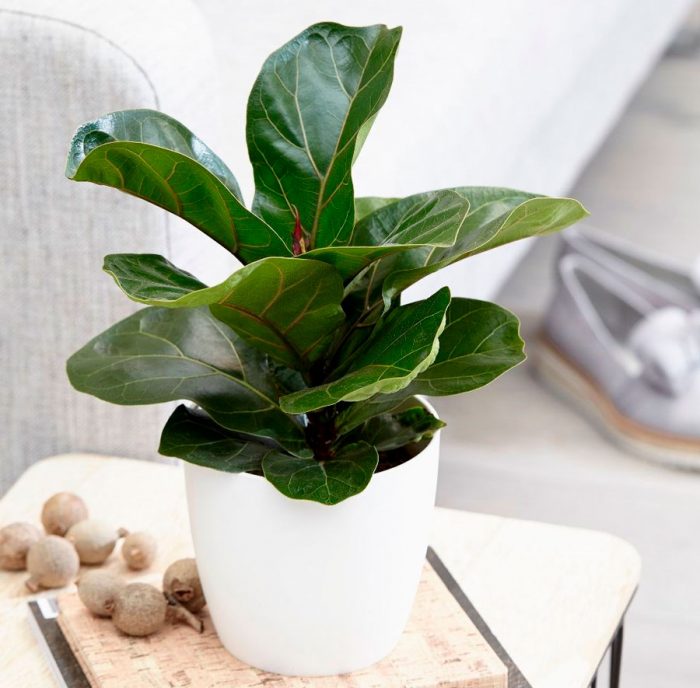 Ficus Lyrata will be a wonderful decoration for any interior, as it has a spectacular unusual appearance due to large “corrugated” sheet plates. However, flower growers appreciate this tree not only for its beauty. The fact is that it is capable of saturating the air in the room with oxygen, purifying it of harmful impurities, and also filling the home with favorable energy.

In addition, such a plant is often used in the manufacture of a variety of medicines that can help with a variety of diseases. 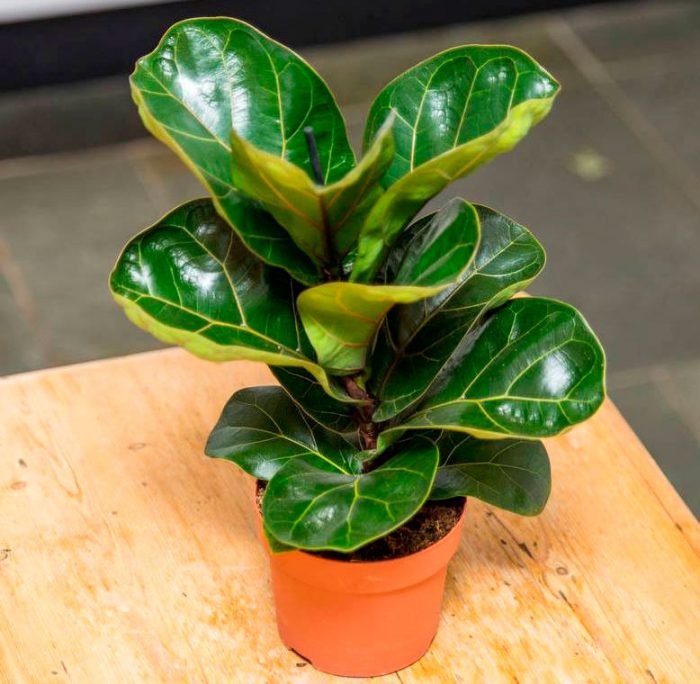 If you are looking for a plant that grows well at home and is undemanding to care for, then you should pay attention to the Ficus Lyrata:

Caring for Ficus Lyrata at Home 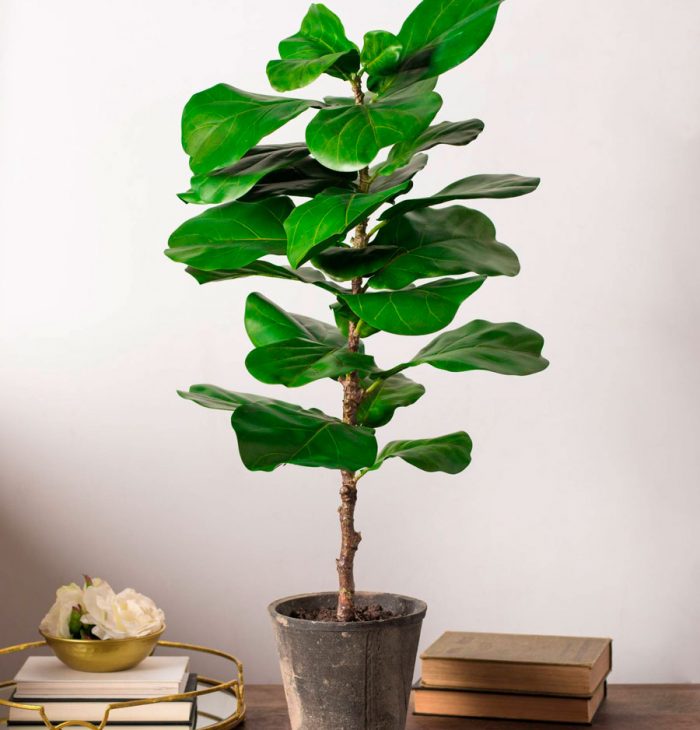 Ficus Lyrata, growing in indoor conditions, as a rule, does not bloom. However, in favorable conditions, as close as possible to natural, light green syconia can form on the bush – these are small fruits, inside which there are seeds.

Since this plant is native to the tropics, it thrives best in a room with warm and high humidity. In summer, it grows and develops best at a temperature of 22-28 degrees. In the event that the ficus is not at rest in winter, then it is necessary to ensure that the room is not colder than 18 degrees.

This plant is among the moisture-loving plants, so it needs high humidity. To maintain comfortable conditions for the growth of ficus, it is recommended to systematically moisten it from a spray bottle. The water must be well settled, and it must also be softened if necessary. After spraying, make sure that moisture does not accumulate in the leaf sinuses, as this can cause rot. 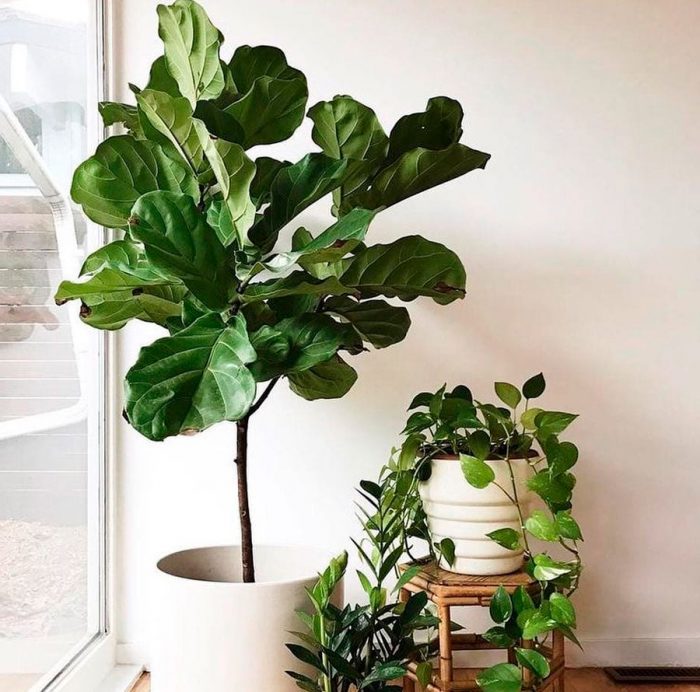 Such a ficus needs a lot of bright light. For him, it is recommended to choose a well-lit windowsill or the sunniest place in the garden or on the loggia. In winter, the plant needs additional lighting, its foliage will become faded and grow very slowly.

Water ficus lyre in moderation. In the spring and summer period, watering is carried out regularly, on average three times a week. In winter, the frequency of watering should be reduced to one every 7 days. 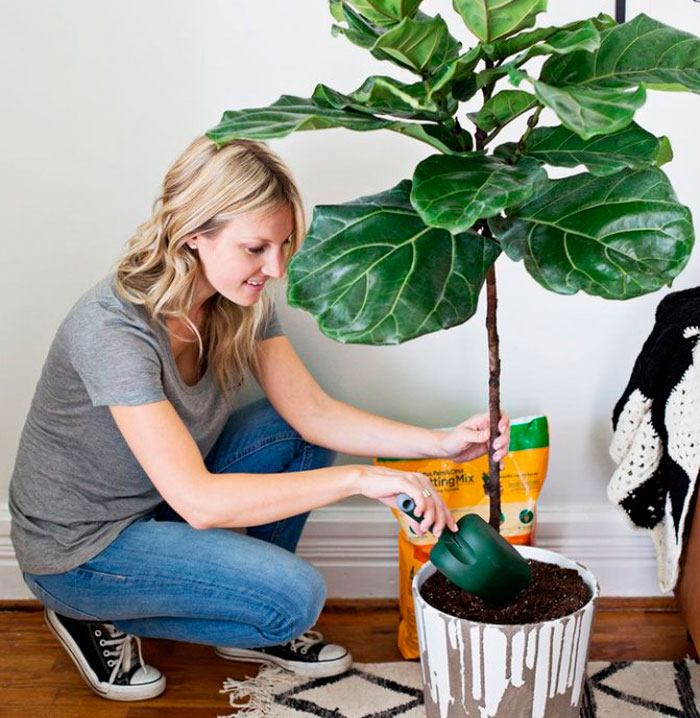 A large ceramic pot is used for planting and transplanting such a tree. Pay attention to the fact that the ficus in a relatively short time is strongly stretched upward and forms large heavy leaf plates. In this regard, for a bush, you should choose a powerful flowerpot, which is highly resistant to overturning. While the tree is young, it is planted in a not very large container that corresponds to the size of the root system.

As long as the tree is young, it is transplanted regularly once a year with a complete replacement of the soil mixture. Adult plants do not need such frequent transplantation, as a rule, it is carried out only when necessary. If the bush does not get sick and the pot is not small for him, then you can simply replace the top layer of soil mixture in a pot with a thickness of 30 to 40 mm with fresh substrate. 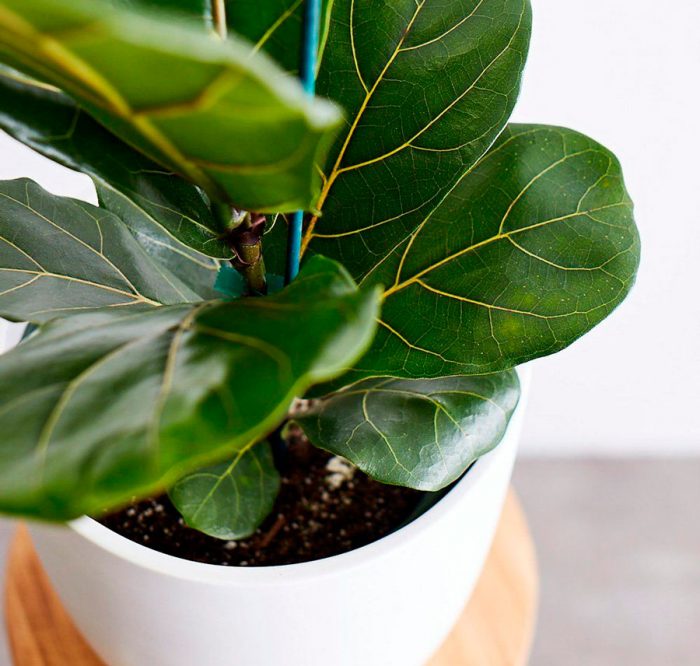 Ficus does not have special requirements for the composition of the soil mixture. For example, for its transplant, it is quite possible to use a purchased universal soil mixture, which should be neutral.

If you wish, you can prepare the substrate at home. To do this, mix leaf and garden soil, as well as perlite or sand (2: 2: 1). Be sure to make a good drainage layer at the bottom of the pot, the height of which should be at least 30 mm.

In order for the ficus to grow and develop within normal limits, it is recommended to systematically feed it. This is done once every 30 days (less often), from the first days of March until the onset of cold weather. For this, a complex mineral fertilizer is used in liquid form.

In order for the Ficus Lyrata to look neat and effective, it needs systematic formative pruning. If you do not cut the tree at all, then it can independently form an untidy crown. The fact is that such a plant is extremely difficult to build up lateral branches.

In order to force a tree growing in room conditions to branch well, at least six internodes should be cut off. However, it is necessary to leave at least 4–5 sheet plates. Thanks to this pruning, the juice begins to move up and down the plant, which will stimulate the formation and growth of lateral shoots.

After the end of the pruning, wait until the milky juice drains, while the cut should be made under the kidney, and it should be oblique. Experts also recommend rinsing the cut site with cold running clean water, after which it is covered with wood ash. 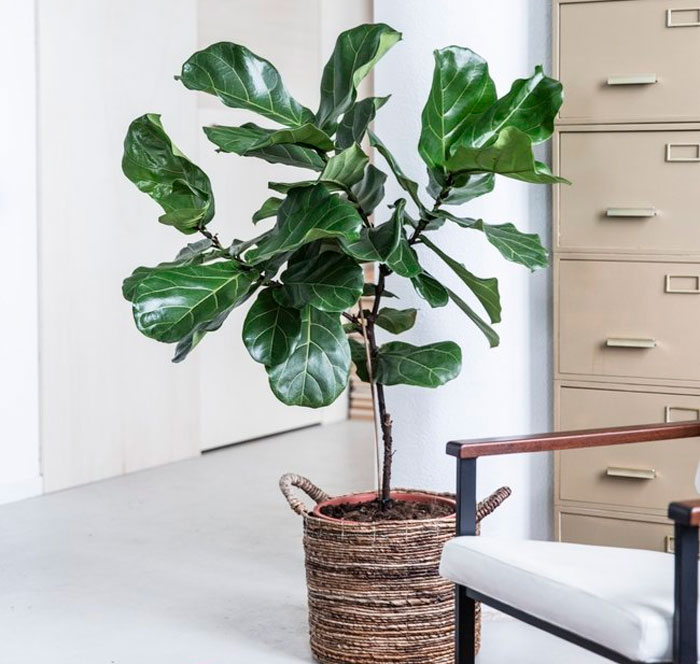 There are no winters in the homeland of ficus. However, when grown indoors in regions with cold winters, most often the plant enters a dormant state. Since in winter the lighting is scarce and the humidity level is lower, its development becomes slower. The bush comes to life with the onset of spring.

If the plant is dormant, then it is moved away from a working heating device, while the temperature in the room should be at least 15 degrees. The bush must be provided with compulsory supplementary lighting. 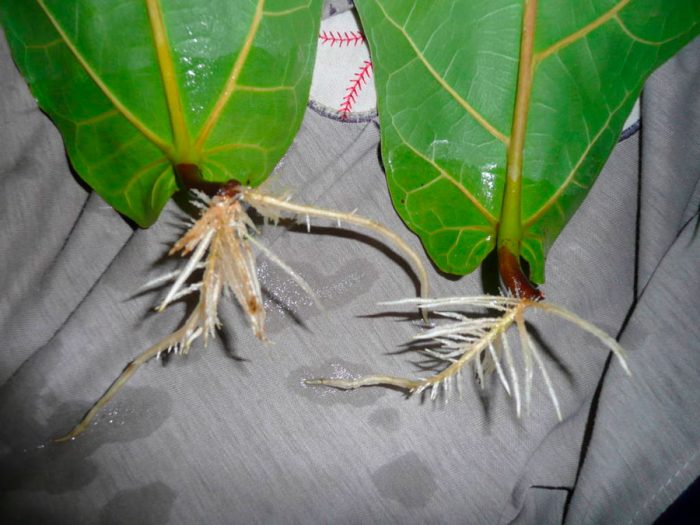 Ficus lyre can be propagated by apical semi-lignified cuttings. Their preparation is carried out during the formation of the crown. Most often, they are put on rooting in pre-disinfected water. When the roots appear on the cuttings, they are planted in a fertile and loose soil mixture. If you plant cuttings for rooting directly into the substrate, then they should be provided with greenhouse conditions, while they must be ventilated.

The tree can be propagated by air layers. To do this, an incision must be made on its trunk, stepping back 50 mm from the sheet plate. A chip should be installed in the incision, which is pre-soaked in a solution of an agent that stimulates root growth. Sphagnum moistened with water is placed on top of the chips. Cover the incision on top with a film. The first roots should appear after about 3 months. 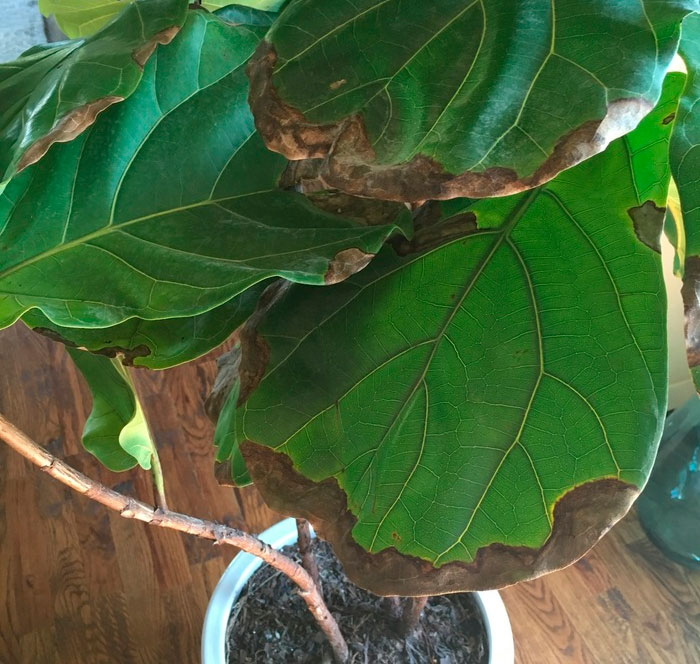 Due to mistakes in the care of indoor Ficus Lyrata, problems such as:

The following pests can settle on such a plant: a false shield, a spider mite, a shield, and a mealybug. 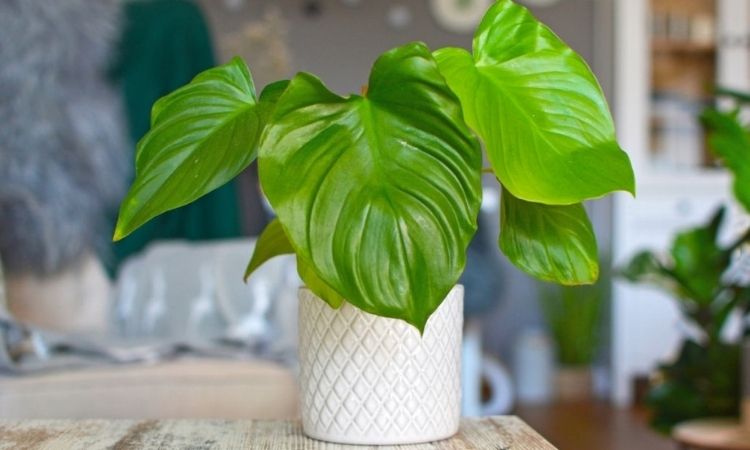 The evergreen herbaceous perennial Homalomena is a member of the Araceae family. In indoor culture, only a part of the homolomen species is grown as an ornamental leafy plant. This perennial comes from Asia and South America, and it prefers to grow in tropical latitudes. The plant has a powerful root system, which grows very… 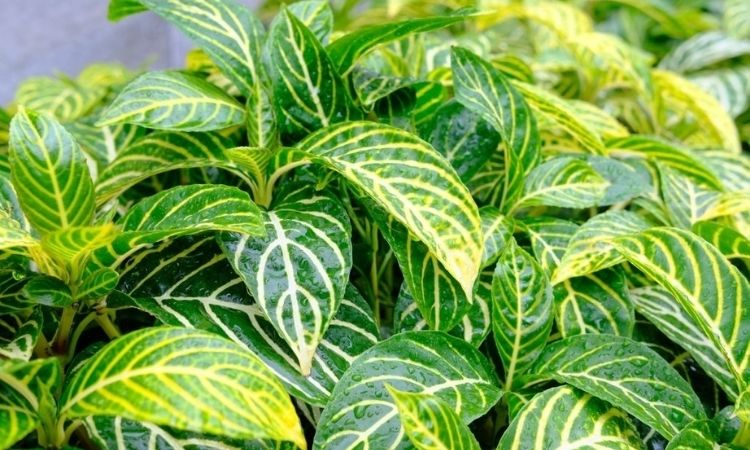 The Sanchezia shrub is a member of the Acanthus family. Indoors, it is grown as an ornamental deciduous plant. In this perennial, the most attention is attracted to themselves by juicy emerald-colored leaf plates, which are decorated with spectacular lemon stripes. If you do not trim the top, then even in indoor conditions, the height…

65 / 100 Powered by Rank Math SEO A little bit of green creates more atmosphere and a more pleasant climate. We show ten easy-care plants that are perfect for the office. Numerous studies have already looked at how plants have a positive effect on people. It is undisputed that they promote concentration and have… 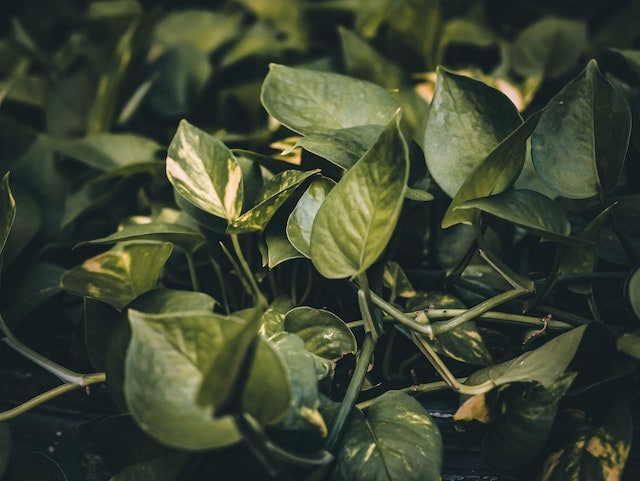 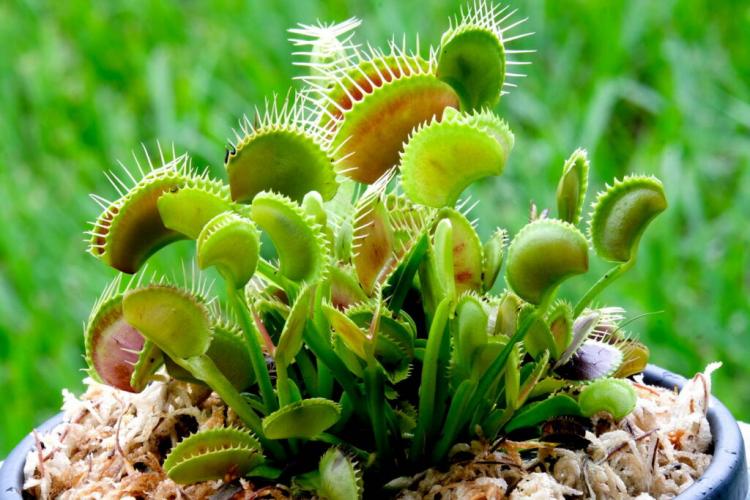 71 / 100 Powered by Rank Math SEO Venus flytrap care indoors is just as special as its diet. We have summarized everything you need to know about fly trap care. The Venus flytrap ( Dionaea muscipula ) makes some special demands on its care and keeping. In many details, it even differs significantly from… 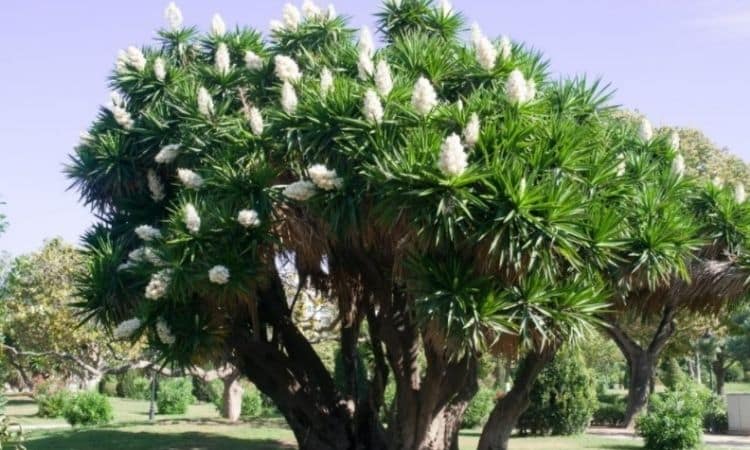 81 / 100 Powered by Rank Math SEO Especially potted plants like yucca regularly need additional nutrients. We show what you should consider when fertilizing Beaked Yucca. All year-round, the Yucca Rostrata provides fresh greenery for home and garden. The plants are used to being the only greenery far and wide because they come from…