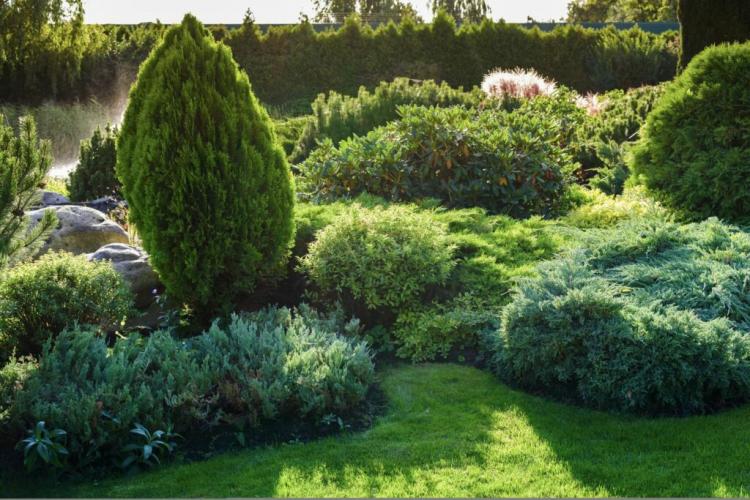 Which conifers can be planted in the garden and which ones need a lot of space? Here you will find some of the most popular conifer varieties – from the local larch to the exotic primeval sequoia.

Evergreen plants are an enrichment for every garden, especially in winter. We give you an insight into popular conifer species for the small and large garden. In this article, you will also find out which varieties are particularly suitable as a fast-growing hedge.

If you plant conifers in your garden, you are doing birds a great favor. Some species are specifically dependent on coniferous forests or individual conifers. For example, the coal tit, the siskin, the golden cockerel as well as the great spotted woodpecker and nuthatch love coniferous and mixed forests. Conifers are an important habitat not only for birds but also for numerous insects and beetles. Conifers offer the birds shelter and food.

If you only have a small garden, you have to consciously choose the plants that should adorn the garden. So that you can look into the green in winter, the planting of small conifers and especially small-bred varieties of these trees is ideal. Over the years, some conifers have established themselves here, which are characterized by particularly compact growth.

The Nordmann fir ( Abies nordmanniana ) is probably the most popular Christmas tree today. This is also due to their dense, lush green needle dress, but mainly due to the rounded needles that do not prick. Varieties like ‘Borshomi’ are characterized by a beautiful, pyramidal growth. The needles of the Nordmann fir are colored green at the top and silvery-white at the bottom.

The Nordmann fir develops healthily in the sun or the sun, either alone or in large pots. Ideally, the soil is as deep as possible, rich in nutrients, and always slightly moist. The trees feel very comfortable as individual plants or in a tub, whereby the tub slows down growth. In youth, the plants grow sluggishly, but after 20 years they already reach a height of around 5 meters and a width of up to 3 meters. However, younger and smaller specimens are ideal for small gardens.

As an evergreen shrub or small tree with its narrow, conical crown, the common juniper ( Juniperus communis) is a good choice for small gardens. The ‘Compressa’ variety grows very densely and slowly. It is only about one meter high. The pointed needles, which are only about 6 millimeters long, are juicy green with a lighter band on the top. The trunk is covered by a gray to red-brown bark.

‘Compressa’ has very low demands on the location and thrives on almost all soils that are not too moist. A sunny location is preferred. The dark blue juniper berries of other varieties are used in large parts of Europe. You can also make all kinds of schnapps from the berries, such as the famous gin.

But be careful: Juniper is considered to be slightly toxic and can irritate the skin.

The dwarf balsam fir of the ‘Nana’ variety ( Abies balsamea ‘Nana’) comes from the larger North American balsam fir and only grows around one meter high. In return, their spherical growth makes them up to two meters wide. The dense branch structure, which also makes it the ideal container plant, rounds off the overall appearance of the plant.

Although the plant is quite undemanding and absolutely frost-hardy, it is sensitive to drought – so a good water supply is a must. It thrives best on slightly acidic soils. Another advantage is the extraordinary shade tolerance. The coloring of the male cones ranges from bluish and green to red and purple to orange. Female cones, on the other hand, are somewhat larger and gray-brown in color.

Tip: Firs often take a long time to become sexually mature and to form their decorative, upright cones. The balsam fir, for example, does not form cones for the first time to multiply until after 15 to 20 years at the earliest.

If you have more space available, you can also think about growing conifer species. Here the variation is at least as great and ranges from old, local varieties to less common varieties.

The Scots pine ( Pinus sylvestris ) is next to the spruce the most intensively cultivated conifer in forests. Scots pines of the ‘Watereri’ variety reach heights of around 4 to 6 meters and are therefore ideal for medium-sized gardens. It is exceptionally undemanding and also grows on nutrient-poor sandy soils or in dry locations, only a lot of light is important.

Pines grow very loosely, which can lead to problems when there is strong competition. Especially the neighborhood to Buchen is unsuitable. The diamond-shaped, flat Scots pine cones with small, light brown needles form bent back scales. The red-yellow to fox-red bark in the upper area of the pines, which flakes off with increasing age, is striking. In the lower part, the pine forms plate or scale cork, which leads to the familiar structure of the trunks.

The blue spruce ‘Edith’ ( Picea pungens ‘Edith’) is a variety of spruce that we have cultivated for a long time. Edith will grow to be around 3.5 to 5 meters tall when she is fully grown. The blue spruce variety loves a sunny and moist location. The copper-brown, smooth bark of the young spruce is striking. Later it turns gray-brown and flakes. The spruce needles have an intense, blue tint, which makes them an eye-catcher in every garden.

The European yew ( Taxus baccata ) is the only yew species native to Europe. The slowly growing plants can live up to 1000 years and are therefore also considered to be the oldest tree species in Europe. The ‘Fastigiata’ variety is only a maximum of 7 meters high and up to 3 meters wide. It is one of the columnar yew trees. It is ideal for large gardens with sunny to shady, sheltered locations.

Yew trees like nutrient-rich, calcareous soils, but are very tolerant of other conditions. The yew tree bears red fruits, which are eaten by birds and spread through the excretions. Yew trees do not have cones on their evergreen, soft needles. The needles are lighter colored on the underside than on the top. Warning: All parts of the yew (except for the red flesh of the seeds) are poisonous.

The European larch ( Larix decidua ) is the only deciduous conifer native to Germany. The special thing about it: it loses its needles in winter. Similar to deciduous trees, the larch needles turn golden and fall off. The ‘Globus’ variety grows around 2.5 to 3 meters high and is therefore suitable for medium-sized gardens. The larches from 15 to 30 mm long, soft needles that are light green when they shoot and turn dark green with age. These are arranged in rosette-like clusters along the branches. Larches can be grown as single plants in sunny locations or as high hedges in the community. Because of their deep root system, deep, nutrient-rich soil is best.

Tip: The vast majority of conifers prefer a moist, humus-rich, and nutrient-rich location. When planting, you can use ready-made compost or high-quality potting soil, if your garden soil does not have these properties by itself. Since many conifers have very extensive roots, the potting soil should be mixed in over a large area of the planting hole.

Some tree species grow significantly faster than others. While our native Scots pine grows a proud 40 cm in the first few years, there are a few conifer species that grow even faster. This is particularly practical if you want an evergreen privacy screen for the garden.

The primeval sequoia (Metasequoia glyptostroboides ), which has its origin in East Asia, is one of them, particularly fast-growing conifers. This is where the common name “Chinese redwood” comes from. Under ideal conditions, the young tree grows up to 100 cm per year, when it is older, it grows a proud 30 to 60 cm per year. With a height of up to 40 meters, the undemanding plant is easily suitable for large gardens in hot locations in the city.

Sunny to light-shady locations and moist soils are ideal. Sandy or drier locations are also tolerated, but the annual increase is lower there. The primeval sequoia forms light green, soft needles up to two centimeters long, which turn yellow to orange in autumn and finally fall off. Dwarf forms that only grow a maximum of four meters high are very suitable for medium-sized gardens.

The crescent fir ‘Glauca’ ( Cryptomeria japonica ‘Glauca’) is one of the smaller conifers with a maximum height of 20 meters. The fir tree, which originally came from Japan, is up to 8 meters wide and has a conical crown. With a growth of 80 cm per year, it is particularly fast-growing at a young age. The thick, reddish, or olive-brown, soft bark is striking.

The needles, which are just 6 to 12 mm long, change color in winter and are shed from the tree after 3 to 5 years. The conical cones are only about 3 cm long. Sickle firs can be planted individually in sunny locations in the garden and, because of their growth, they can be well underplanted by other plants (e.g. rhododendrons or hibiscus). Because of the roots, the soil should be deep and well supplied with water.

“Arborvitae” ( Thuja ) can be found in many gardens, they are particularly suitable as fast-growing hedge plants because of their pruning tolerance and their dense, strong growth. The spherical crown of the ‘Brabant’ variety consists of a large number of scale-shaped leaves and is a maximum of 20 meters high and 6 meters wide in our free standing and without pruning. Sunny to shady locations are particularly suitable, with locations exposed to the wind not being a problem either.

The tree of life adapts well to the given soil conditions and is largely undemanding. However, a good water supply is important. The originally green species was changed through targeted breeding, which is why there are different colored varieties today. The color of the conical cones depends on the sex of the plant: male cones are reddish, while female cones are light green to light brown in color.

Caution: All parts of the Thuja plant are poisonous.

Tip – conifers in pots: Most conifers grow very tall, but some can also be planted well in pots and are even smaller there because of the limited space available. Dwarf variants of classic conifers, such as the dwarf pine ‘Compact Gem’ ( Pinus heldreichii ‘Compact Gem’) or the dwarf fir ‘Nana’ ( Abiesbalsamea ‘Nana’), are well suited. The Korean fir ‘Molli’ ( Abies koreana ‘Molli’) or the dwarf spruce ‘Sugar Loaf’ ( Picea glauca ‘Sugar Loaf’) are also excellent. The cultivation of conifers in the pot has, in addition to the growth reduction and the unique ornamental value, another great advantage: You already have a sustainable, pretty Christmas tree in the pot! 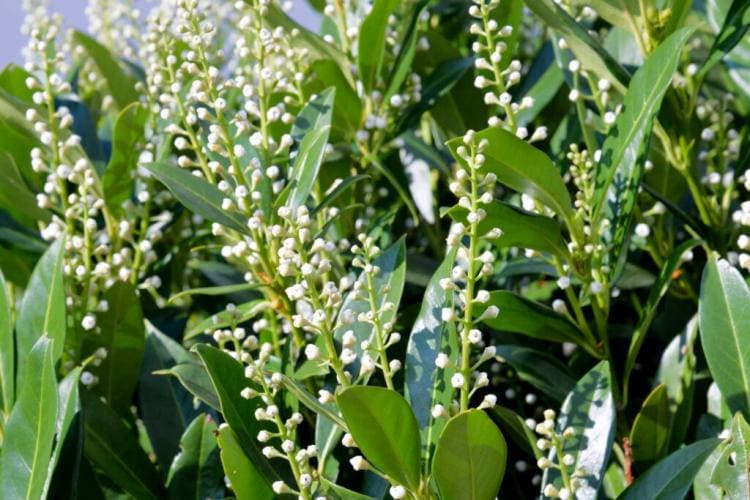 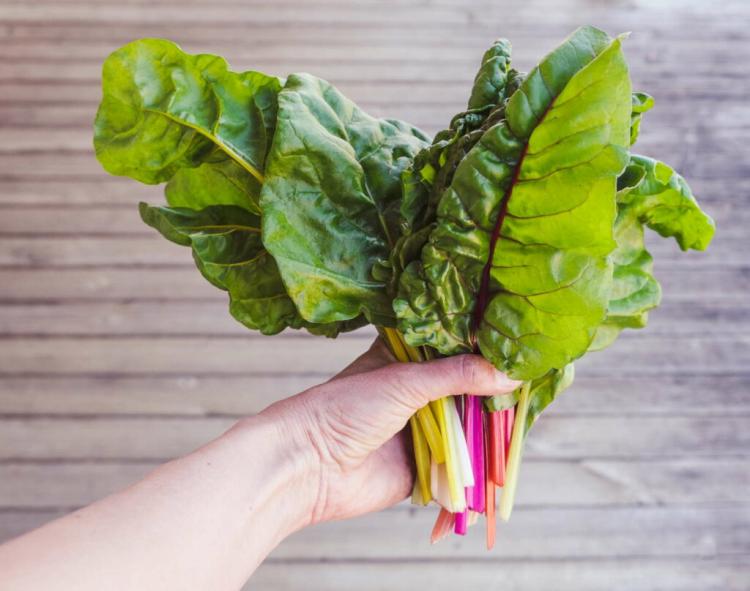 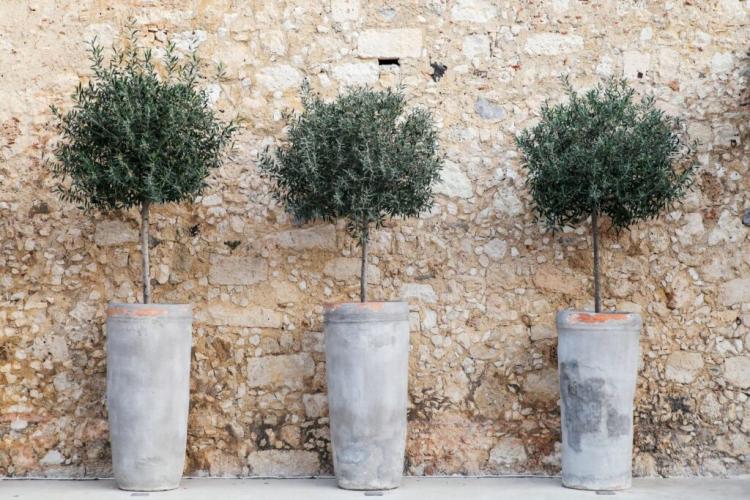 Olive trees in the tub spread a Mediterranean flair in the garden. We show how to care for olive trees in pots and what is important when wintering. Olive trees ( Olea Europea ) are used to the dry, warm climate of the Mediterranean. They are so robust that they can also thrive in this… 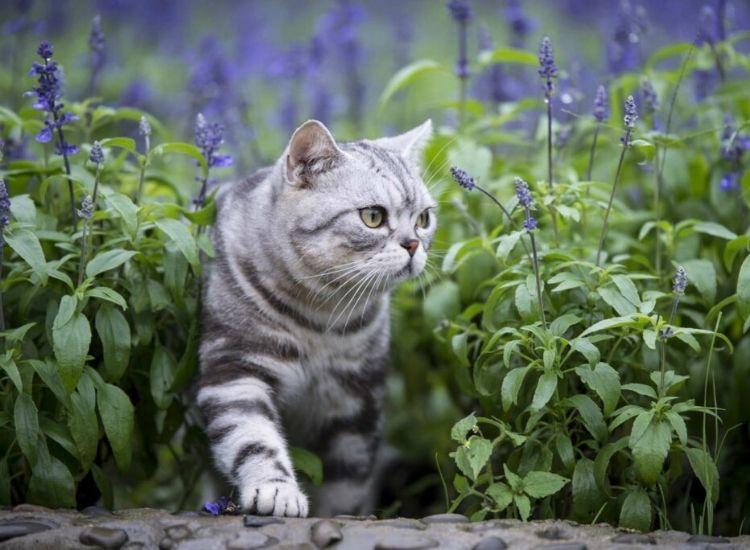 26 / 100 Powered by Rank Math SEO The question of whether the intensely fragrant lavender is edible or at least toxic for cats, dogs, or humans is a preoccupation for many. We clarify. Lavender ( Lavandula ) is a wonderfully smelling herb with a wide range of uses. And many hobby gardeners would certainly… 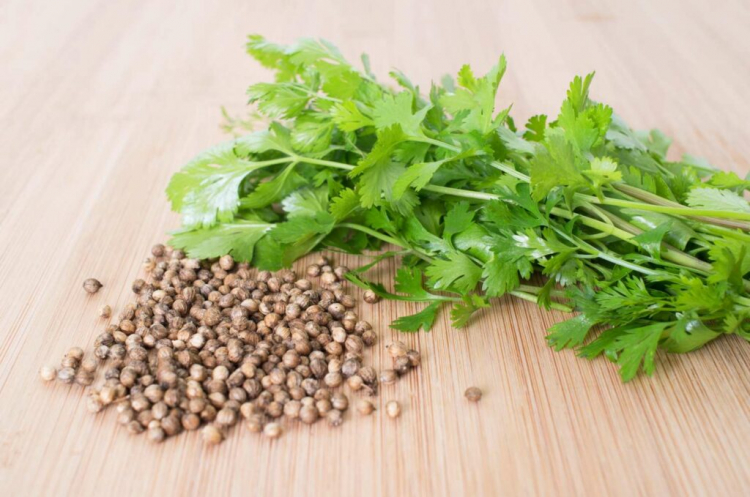 Coriander seeds and leaves can be used in the kitchen. But how is coriander harvested correctly and how can the shelf life be extended? Coriander ( Coriandrum sativum ), also called bug herb or Asian parsley, is one of the most important herbs in Asian cuisine. After successfully growing the Umbelliferae, both the leaves and… 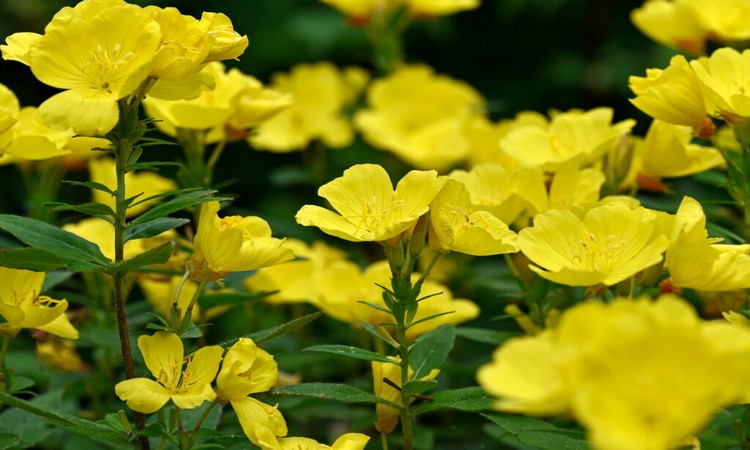