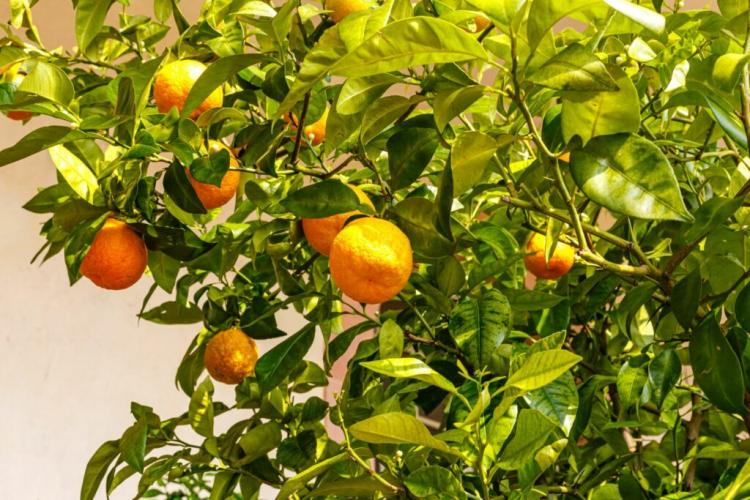 The bitter orange, also called bitter orange or Seville orange, is a hybrid citrus plant. Below are tips on how to grow, care for, and use the exotic plant.

Exotic citrus plants are very popular in this country. But while lemons and oranges are increasingly cultivated, bitter oranges are rarely found. Here you will find a short profile of the special plant, as well as some tips on cultivation, correct care, and use of the bright orange fruits.

The bitter orange ( Citrus x aurantium ) is a hybrid of the grapefruit ( Citrus maxima ) and the mandarin ( Citrus reticulata ), which has been cultivated in the Mediterranean region since the 10th century. The evergreen plant is believed to have its origins in the tropical Himalaya region in southern China, from where it was brought to Italy. Some people also know them under the names bitter orange, Seville orange, or sour orange. It belongs to the genus of citrus fruits ( Citrus ) and thus to the diamond family (Rutaceae).

If the climatic conditions are right for the heat-loving bitter orange, it can grow into a tree up to 10 meters high. The forks of older branches can, depending on the variety, be studded with thin, short thorns. Younger branches usually have long thorns. The leaves of the bitter orange are lush green, oval-shaped, and form a 2 to 3 cm long petiole. A special feature of the leaves is the oil glands from which the pleasantly scented essential oil petitgrain is released.

The white flowers of the bitter orange have a strong scent and are mainly formed between May and June. It is not uncommon for the blossoms to be spread over the rest of the year so that blossoms and fruits adorn the tree at the same time. The fruits are ready for harvest after around eight months. The fruits of the bitter orange are similar to those of the orange ( Citrus × sinensis ), but are significantly smaller, irregularly shaped, and taste bitter. When the fruits are ripe, the thick skin glows in a strong orange. The pulp is very sour compared to oranges, the white skin of the fruit tastes extremely bitter.

The variety of bitter orange varieties

There are a variety of bitter orange varieties. The economically most important and popular varieties include:

Planting bitter orange: this is how it works

Because of its Mediterranean origin, the bitter orange is primarily dependent on warm, dry temperatures. The risk of fungal infections also increases when the air humidity is high. The best place for bitter oranges is a bright location without drafts, whereby direct sun is not a problem either. During the warm summer, the bitter orange can be placed in the garden, but in winter it should be moved to a mild winter area. As a container plant, the bitter orange usually does not grow taller than two meters, which makes it a little easier to move between summer and winter locations.

High-quality universal soil is suitable as a plant substrate, which is mixed with 1/3 expanded clay for better ventilation. In this way, you can save yourself the purchase of what is usually expensive special soil. It is also important for citrus plants to use soil with a slightly acidic pH to allow healthy growth. Our organic universal soil, for example, meets the requirements of citrus plants and is also produced without peat to protect the environment. In addition, the earth can be covered with an acidifying material, such as pine bark. This maintains the slightly acidic pH value of the earth, protects against fungus gnat infestation, and also looks beautiful.

Since citrus plants do not like to be repotted, the opportunity should be used to provide the plants with long-term nutrients with a stock fertilizer. Our organic flower fertilizer in granulate form offers the possibility of creating such a fertilizer depot. Thanks to its balanced NPK ratio, it strengthens the citrus plant in the long term and ensures vigorous growth of the roots, leaves, and fruits.

Care of the bitter orange

If the location requirements of the bitter orange are met, it is a fairly undemanding plant that also thrives with little care.

During the vegetation period, it is important to water the plant regularly as it needs a lot of water. The root ball should not dry out, but should also not be exposed to waterlogging. Bitter oranges should not be watered during the hot midday hours, as a lot of water evaporates here and does not reach the plant. It is best to water either early in the morning or late in the evening. For the bitter orange, it is important to water with low-lime water, otherwise, the soil pH value can increase, and thus the growth is influenced. Collected rainwater or mineral water is suitable.

At the latest when the first leaves turn a light green color, it is time for fertilization. Yellow leaves are almost like a cry for help since this is how an iron deficiency manifests itself. To prevent this, you should fertilize once a week with a fertilizer that is specially adapted to the needs of citrus plants. Our organic citrus and Mediterranean fertilizer are ideally suited for this purpose: It promotes vigorous plant growth and provides the bitter orange with all the important nutrients for the ripening of aromatic fruits.

Cutting measures at the bitter orange

The bitter orange should be cut back once a year to bring the plant into shape. The best time to do this is in spring before vegetation begins, as this is the best time for cuts to heal. Young plants have developed a compact crown after about 2 to 3 years. If you are not satisfied with the shape of the bitter orange tree, you can prune it back significantly more. The plant then begins to sprout again at the remaining branches and can be brought back into shape. Even with plants that have grown too large, this is a possibility to make the bitter orange a little more compact again.

Bitter orange does not bloom: what can be done?

If the bitter orange does not bloom, it is usually due to a too humid winter. If the plant is watered too often or too heavily in its winter quarters, the fine roots die and the plant may be insufficiently supplied with water and nutrients. Once this has come, the bitter orange should not be poured for a long time so that the root ball can dry out and new fine roots can be formed. Sometimes citrus plants can be animated to bloom by a drought stimulus. To use this, one can completely dispense with watering after the first flowering of the year or the throughput of spring. If the leaves begin to sag, they should not be watered for another week. After that, watering can continue as normal and, with a little luck, the bitter orange will begin to bloom.

The bitter orange can be propagated through the seeds contained in the fruits. The seeds can be taken from the fruits and placed in a pot with potting soil. They should sit about an inch deep in the ground and be kept moist by repeated watering. Then a lid or cling film can be used to create a microclimate that ensures rapid germination. In a warm place, the first seedlings can be seen after just a few weeks. The lid should be opened from time to time to prevent mold growth. The first blossoms of the self-grown bitter orange tree will only appear after 8 to 10 years of growth, as will the first fruits.

Is the bitter orange hardy?

The bitter orange is not hardy. Temperatures of down to -5 ° C are tolerated for a short time, but damage the plant over a longer period of time. You should therefore move to mild winter quarters during the cold months. It makes little demands on the winter quarters, but it should be as bright as possible. The ideal temperature is 5 to 10 ° C; higher temperatures are also possible inappropriately bright rooms such as a winter garden. The bitter orange should be brought to its winter quarters before the first frost. If it is consistently warm above 10 ° C in spring and frost-free at night, she can move outside again.

During the winter dormancy, the bitter orange should only be watered moderately, as if too wet the fine roots die and the plant will otherwise not bloom for the next year. A finger test can be used to determine whether the soil is still moist enough or whether it needs to be poured. Fertilization is not necessary during hibernation.

Harvest and use bitter oranges

Due to the change of seasons, citrus plants bloom increasingly in spring and summer, accordingly, the fruits ripen after eight months between November and the next spring (March to May). However, the harvest is only successful if the bitter orange can be offered warm, light winter storage, otherwise ripening will be greatly delayed or even canceled.

The uses of the bitter orange are varied as all parts of the fruit are edible. The bowl is often used to make orange peel. The famous Curacao liqueur or jam with pulp is made from peel and juice. You can drink the juice in the form of bitter orange lemonade and make orange blossom water or tea from the flowers. The essential oils in the bowl are part of many perfumes or are used as room fragrances. 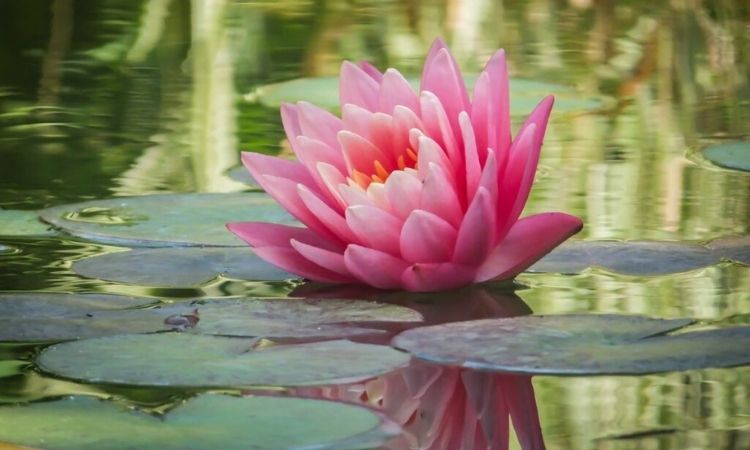 A pond is a great eye-catcher – but only with the right plants, it becomes a real eye-catcher. We show which plants are best suited. Whether a small water feature or a large swimming pond – especially in summer, a garden pond is the focal point of any garden and attracts all attention. However, so… 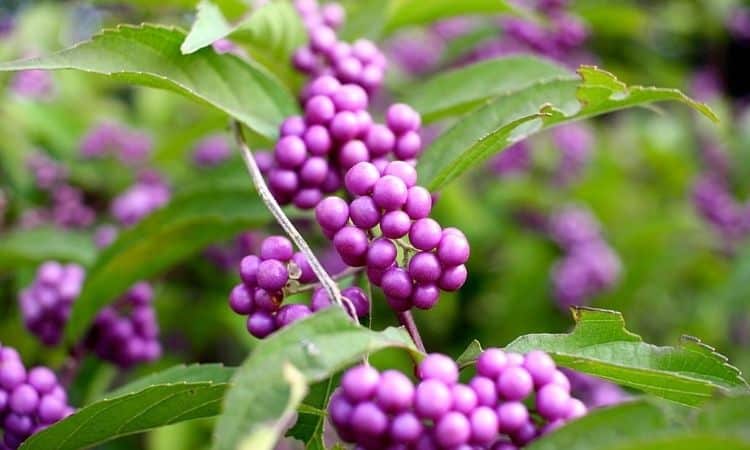 Beautyberry bears striking fruit and, depending on the species, show magnificent autumn foliage. We present this extraordinary species of shrub. The genus Callicarpa belongs to the verbena family (Verbenaceae). The approximately 100 species of the genus Callicarpa originate from the tropical and subtropical regions of Asia, Australia, and North and Central America. The name “Callicarpa”… 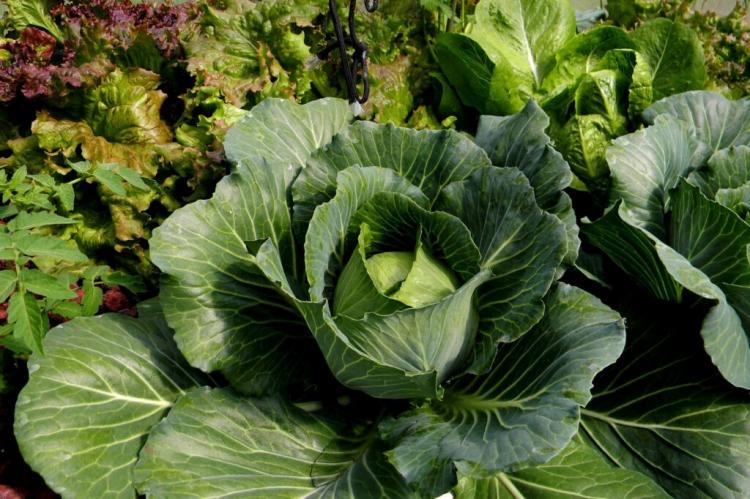 12 / 100 Powered by Rank Math SEO Overview of new and well-tried varieties of white cabbage. These differ mainly in the weight of the cabbage, harvest time and shelf life. The white cabbage is divided into early, medium and late ripening varieties. There are also special varieties for commercial processing that differ from fresh… 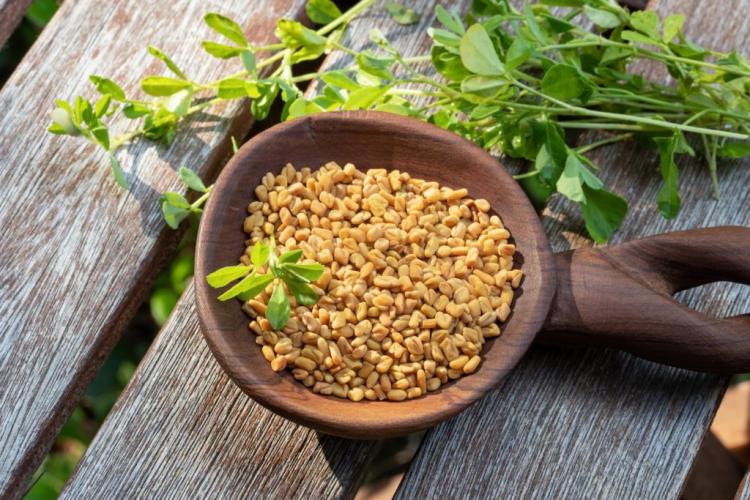 The plant is specifically cultivated in many countries and sold as a medicinal product. We reveal how fenugreek can also be grown in your own garden. The effectiveness of fenugreek ( Trigonella foenum-graecum ) has not been broken for thousands of years. The medicinal plant was already widely used in ancient times and fenugreek is…

71 / 100 Powered by Rank Math SEO Bees are important helpers in the garden. We show what protective measures (beekeeping included) you can take to support the bees. We hear a lot about the honey bee because it is one of the most economically important farm animals. And of all things, man, who is… 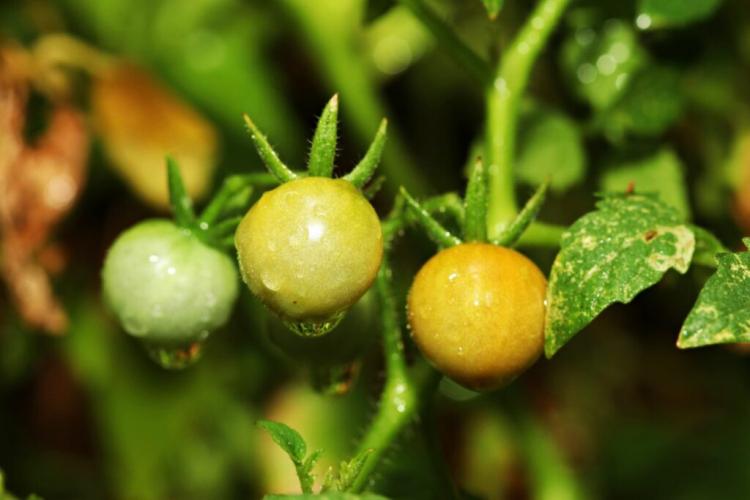