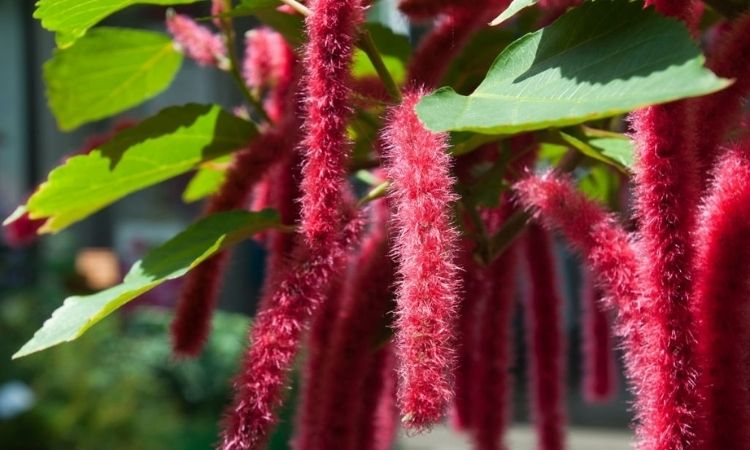 The decorative-deciduous perennial Acalypha is part of the Euphorbia family. This flower has two forms: ampelous plant and shrub. It comes from New Guinea and Malaysia, where it is found in tropical forests. In nature, some of the species can reach a maximum height of about 200 cm. However, in domestic Acalypha, as a rule, the maximum length of the stems is about 100 centimeters.

The shoots are distinguished by increased flexibility, and they are decorated with oval or lanceolate leaf plates, while their color can be very different: from brownish-red to greenish. Cascading long spike-shaped inflorescences consist of small flowers of red-crimson color. If you provide the plant with optimal growth conditions and proper care, then it will bloom all year round.

Acalypha is a fast-growing plant that is quite easy to care for. In order for the bush to look neat and bloom magnificently, we must not forget to cut off the flowers that have begun to fade in time. 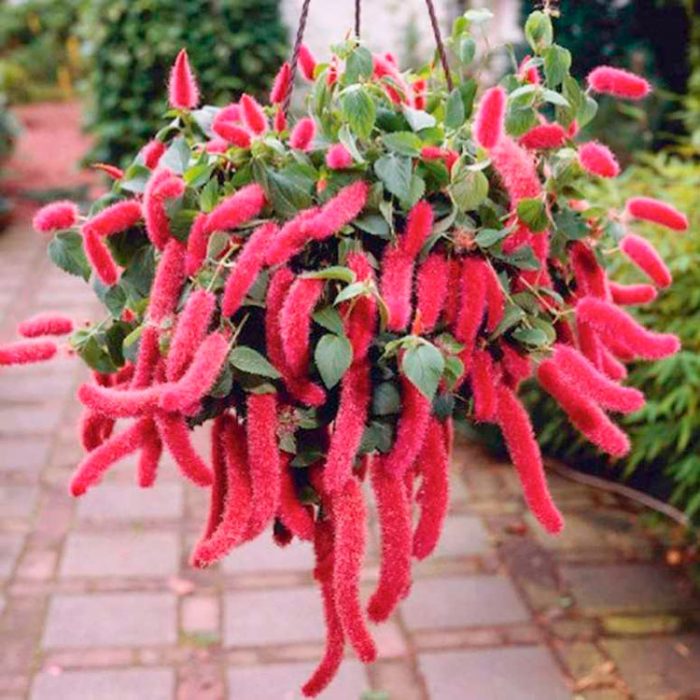 Caring for Acalypha at home 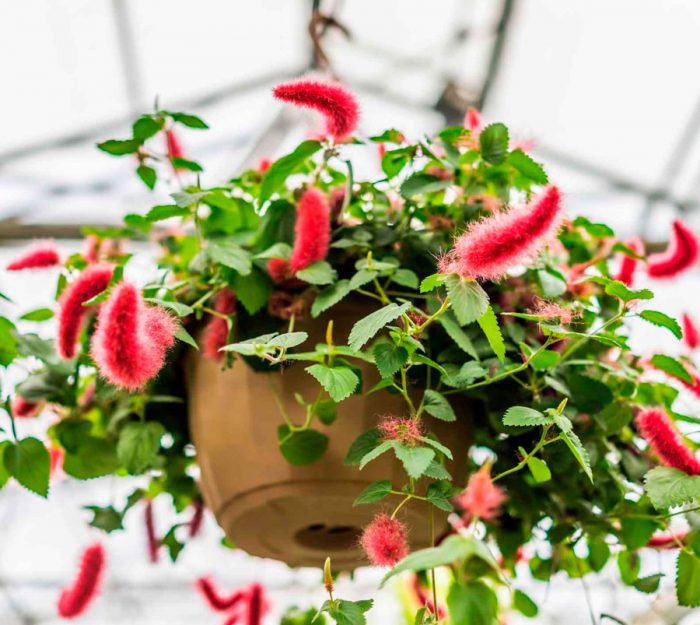 Indoor Acalypha can bloom at any time of the year or even all year round. Spike-shaped fluffy inflorescences are collected from a large number of small red-crimson flowers. In some varieties, the length of the inflorescence can be up to 50 centimeters. In order for the plants to always look attractive, one must not forget to promptly cut off the inflorescences that have begun to fade.

Acalypha prefers to be warm. In the spring-summer period, the optimum air temperature is from 21 to 25 degrees, and in the cold season – from 12 to 16 degrees. If it is too hot in the room, this will lead to the stretching of the shoots and the loss of decorativeness by the plant. If the room has the minimum permissible air temperature, then this can cause a slowdown in the growth of the bush and the development of various diseases in it. In addition, drafts are a particular danger for Acalypha. In this regard, in no case should it be carried outside, even in the summer. 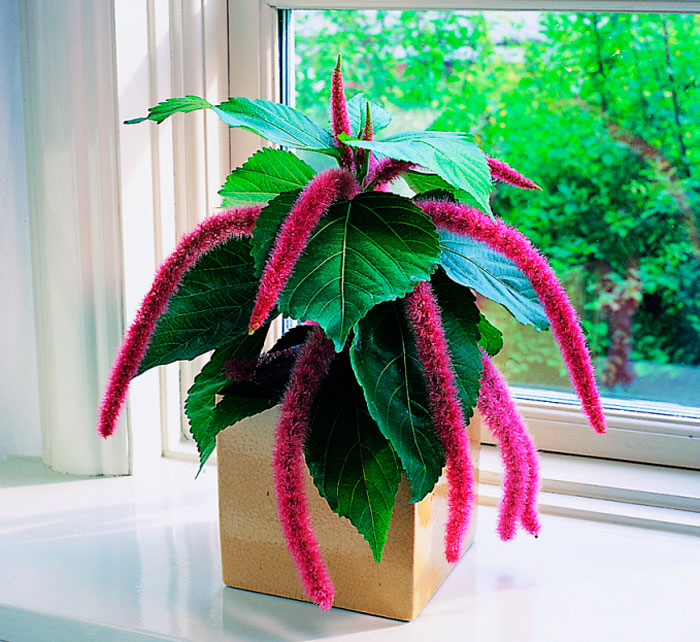 Since Acalypha is a tropical plant, it needs constant high humidity. During the growing season, it is recommended to spray the bush systematically from a spray bottle. In this case, it is the air around the plant that needs to be humidified, and not its foliage. To do this, use well-settled non-cold water. It is impossible to moisturize the plant during the flowering period.

This plant is highly photophilous, despite this, it needs mandatory protection from direct sunlight. Best of all, the bush will feel on the windowsill of an east or west orientation. It can also be placed on the south window, but in this case, it will have to be additionally protected from direct sunlight. Acalypha should not be grown in a shaded area, as this will cause its stems to become elongated and the leaves to be small and faded. 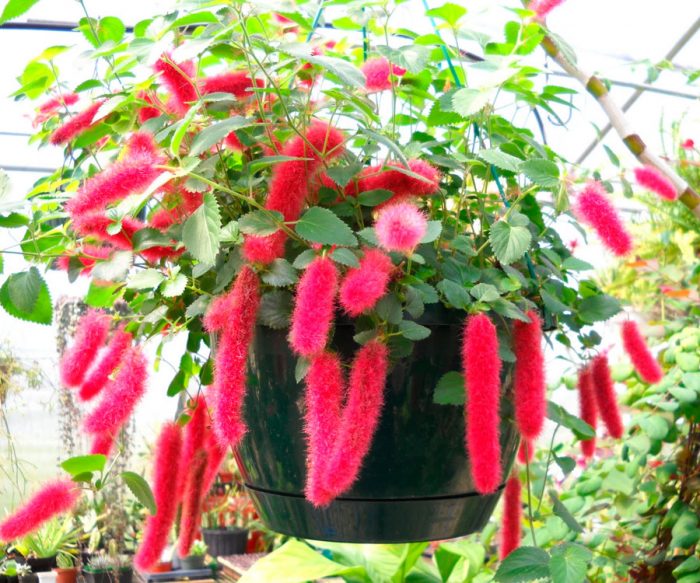 Watering should be systematic and moderate at any time of the year. Remember not to allow the potted earth to dry out. It should be borne in mind that on hot summer days, the substrate in the pot dries out much faster. During the winter months, the frequency and abundance of watering should be slightly reduced.

The plant feels great in the pot, where its root system is quite cramped. But at the same time, do not rush to acquire an excessively small pot of Acalypha, as this will only harm her. The root system should fit normally in the chosen container and have a small margin of room for further growth.

Such a flower grows well in almost any soil mixture, the main thing is that it is well-drained and light. Best suited for growing it is an earth mixture consisting of leafy and soddy soil, humus, peat, and sand, which should be taken in equal parts.

It is imperative to feed the Acalypha from the first days of spring until mid-October. For this, a mineral complex is used, which is introduced into the soil mixture with a frequency of 1 every 15–20 days. Also, the plant can be regularly fed with organic matter. For example, you can use bio humus. 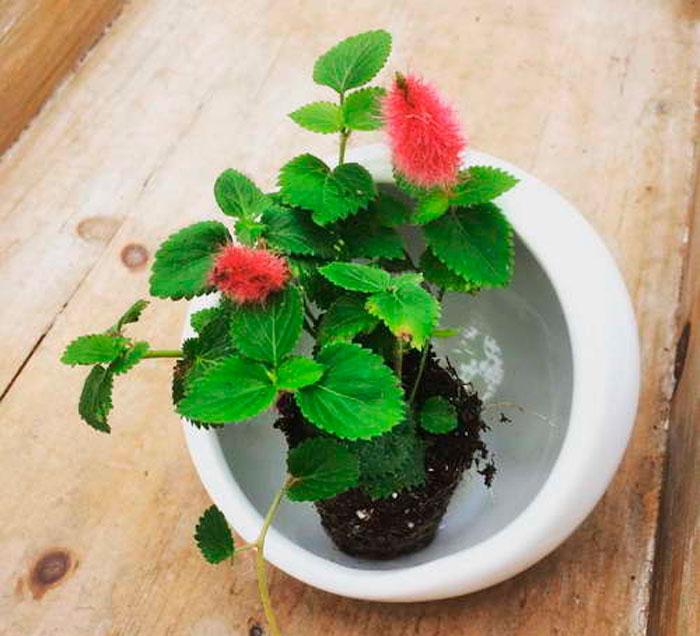 While the bush is young, it is very fast growing. In this regard, he needs regular transplants into larger pots, which are carried out once a year. It is recommended to transplant adult specimens no more than 1 time in 3 or 4 years. At the same time, old large bushes, if necessary, are transplanted by transferring them into a larger container, or simply systematically replace their top layer of soil mixed with a new substrate.

In order for the bush to always be neat and effective, formative pruning should be carried out annually in spring. To do this, cut off all the stems, leaving ½ part of their length (slightly less). If necessary, the plant can be rejuvenated, for this, all its shoots are shortened to 0.2–0.3 meters. In order for young shoots to appear on the stumps as soon as possible, it is recommended to treat them with a solution of Zircon.

Acalypha, growing in indoor conditions, develops normally even without a full rest period. Reducing daylight hours can signal a bush that it is time to rest. Such a mild dormant period does not last long, and it will require a suspension of top dressing, as well as a reduction in the frequency of watering. 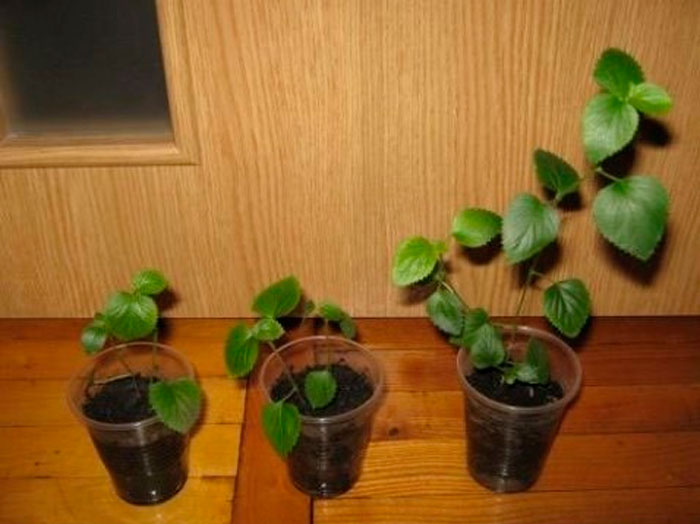 Homemade Acalypha can be grown from seeds. To do this, they are sown in a light and loose substrate consisting of sand and leafy soil. For the rapid appearance of seedlings, crops must be provided with an optimal temperature for growth: from 20 to 22 degrees. To maintain the required temperature and air humidity, it is recommended to place crops in a mini-greenhouse. In this case, the seedlings will appear much faster.

After the plant reaches a height of 20 to 30 mm, they are planted in individual cups. Then they are looked after in the same way as adult Acalypha.

Any type of Acalypha can be propagated by cuttings. However, there is one important rule: Acalypha bristly-hairy can be propagated in this way only in spring, and variegated varieties – throughout the year. For rooting, the cuttings are placed in a mini-greenhouse, and they are planted in a loose mixture of sand and peat.

Before planting for rooting, it is recommended to treat the lower part of the cuttings with a means that stimulates root growth. The stalk takes root quickly and begins to grow intensively. After 6 weeks of planting the cuttings, their upper parts should be pinched in order for the bushes to grow lusher. 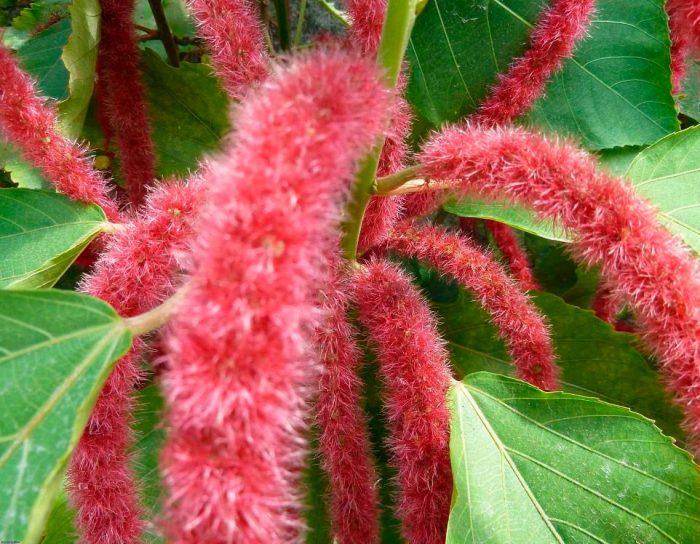 Indoor Acalypha is distinguished by its undemanding care and growing conditions, as well as its endurance. But if the bush is in inappropriate conditions or proper care is not provided for it, this can lead to various problems or the appearance of pests.

Most often, the following pests settle on such a plant: scale insects, mealybugs, aphids, and thrips. To get rid of these pests, spray the bush with an insecticide solution. 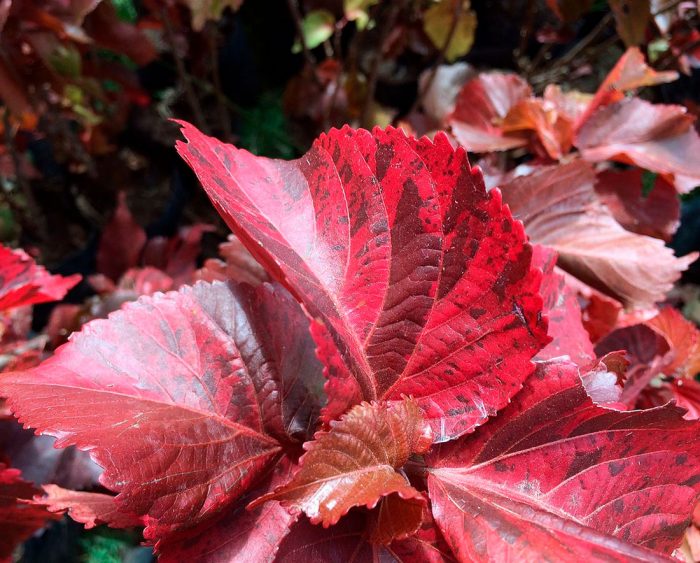 This variety was obtained by breeders artificially. The plant has straight stems that woody over time. On them are large simple leaf plates that have the shape of a heart or an oval. spike-shaped inflorescences consist of small reddish-crimson flowers. This Acalypha differs from the others in its unusual color of foliage, which can vary from speckled brown to greenish.

The variety has 2 forms: 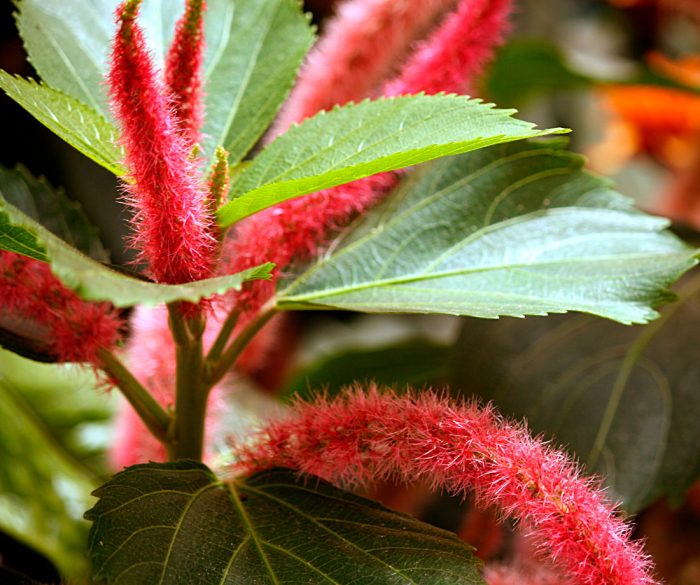 The species is represented by shrubs. Its foliage is a rich green, and the spike-shaped inflorescences can reach about 50 centimeters in length. This type of Acalypha is the most popular among flower growers. 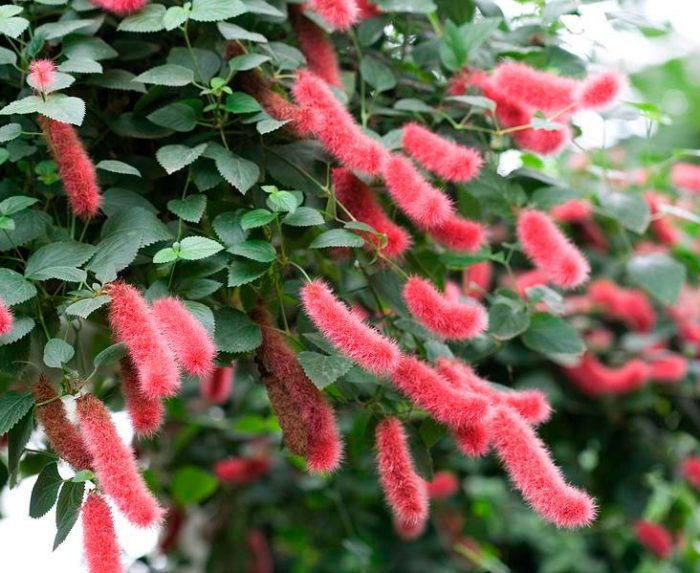 The benefits and harms of Acalypha 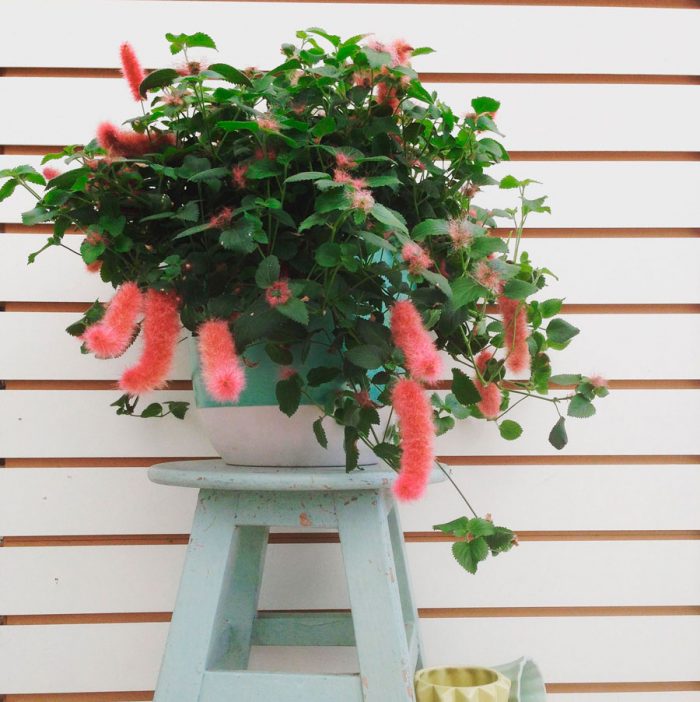 If you want to improve the ecological situation in the room and apartment as a whole, then you should pay attention to the Acalypha. It is able to normalize electrostatics, as well as cleanse the air from pathogenic microorganisms and fungi. In addition, the Acalypha bush helps to stabilize the positive energy in the room, and it also has the ability to have a calming effect on the person who is in the room.

In any part of the plant, there is a rather dangerous poison. In this regard, for such a plant, you should choose a place that is difficult to access for pets and small children. 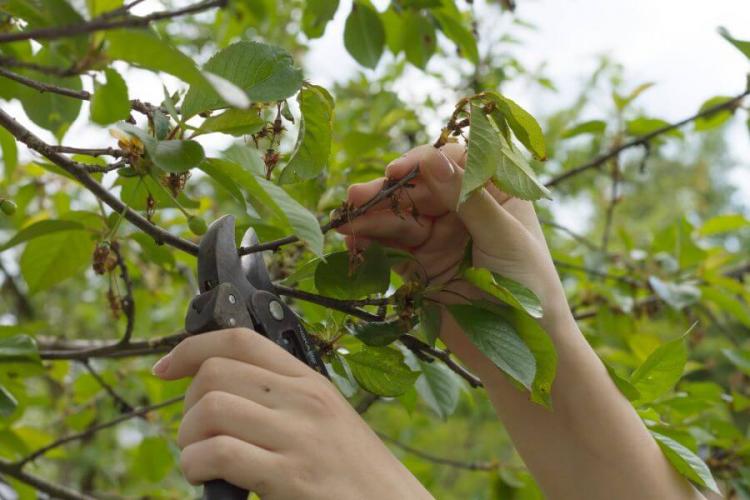 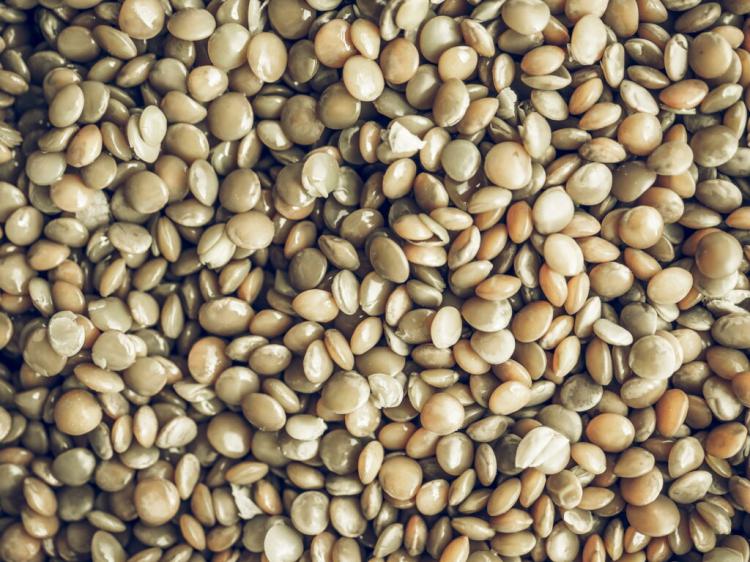 64 / 100 Powered by Rank Math SEO The small protein suppliers can easily be planted in the garden. We reveal what you should consider when growing lentils. Lentils ( Lens culinaris ) are actually every gardener’s dream. They taste good, are easy to grow, and also improve the soil. So there are enough reasons… 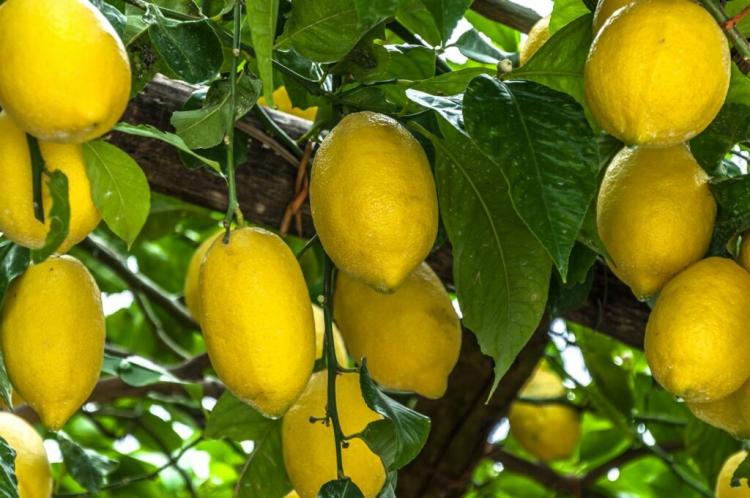 At first glance, the Sorrento lemon seems like an ordinary lemon. We’ll show you what’s really in this aroma wonder. The Sorrento lemon is a medium-sized to large lemon, the fruits of which have an intense fragrance and sweet and juicy flesh. It comes from the city of Sorrento (Italian: Sorrento) south of Naples, where… 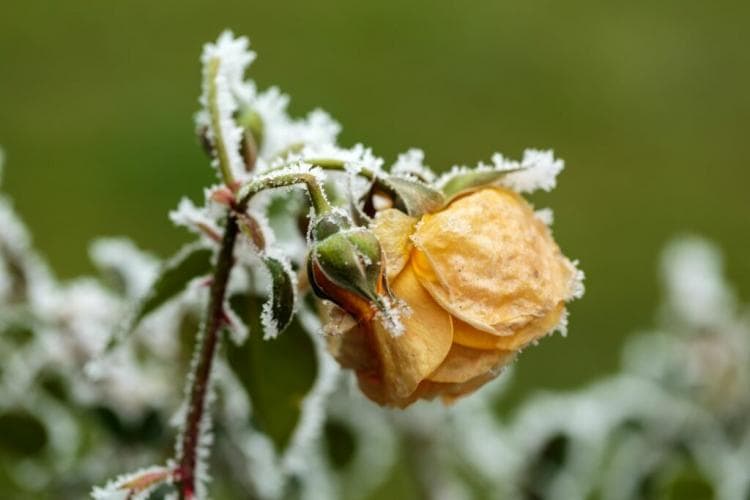 The fragile rose needs special protection in the cold season. Here you can find out how to successfully overwinter your roses in beds and pots. Roses ( Rosa ) do best in areas with warmer climates. In rougher areas, special winter protection measures may therefore be necessary so that your rose can survive the cold… 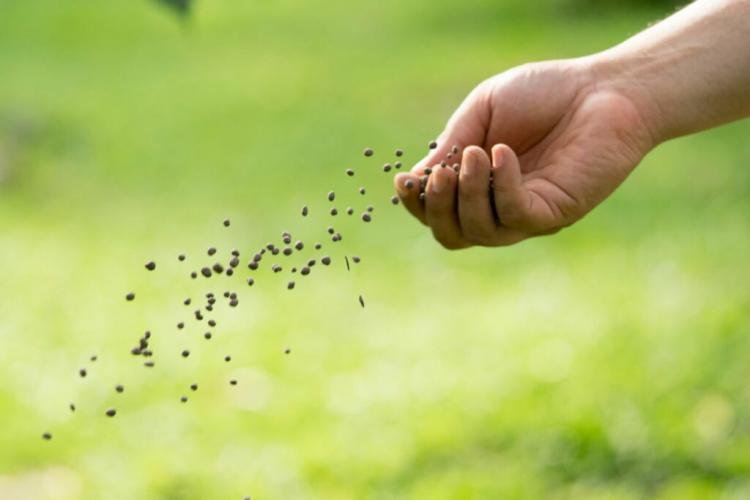 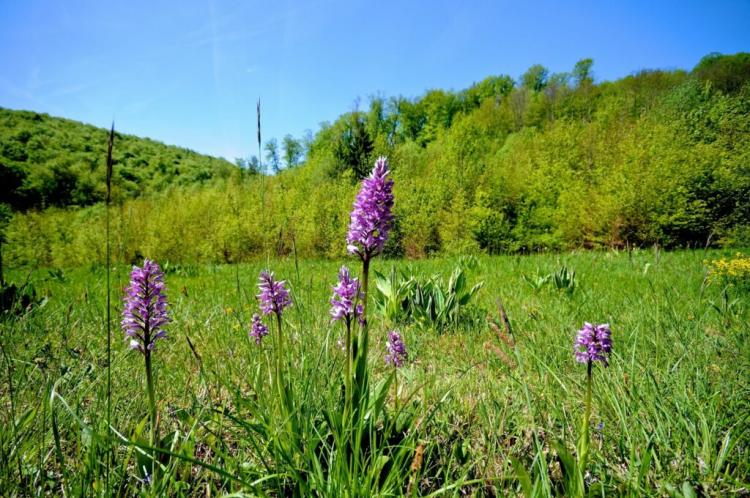 The beautiful flowers actually look very exotic. But are there also native orchids and species that survive our winters? We educate and introduce native and hardy orchid species. Orchids are among the most beautiful plants in our apartments and houses. But did you know that there are also indigenous or at least hardy orchid species…